Voltage is another word for electrical potential difference. Potential difference between point A and B is also known as the voltage between point A and point B. It is also defined as the amount work to be done to move a unit charge (+1 Coulomb) from B to A. Voltage is measured in the unit Volts (V). Voltmeter is the equipment used to measure voltage. A battery provides a voltage between its two ends (electrodes) and its positive side has a higher potential and negative has a lower potential.

In a circuit, current flows from the higher potential to lower potential. When it goes through a resister, a voltage between two ends can be observed. This is called as a ‘voltage drop’. Although the voltage is always about two points sometimes people ask for a voltage of a point. This is about the voltage between that particular point and a reference point. This reference point is usually ‘grounded’ and potential of it is considered as 0V.

EMF is a voltage provided by an energy source like battery. Varying magnetic fields also can generate EMF according to the Faraday’s law. Although EMF is also a voltage and measured in Volts (V), it is all about voltage generation. An EMF is essential for an electronic circuit to drive currents through the circuit. It act likes a charge pump.

When a electric circuit is run using an EMF, the sum of the voltage drops in that circuit equals to the EMF according to the Kirchhoff’s second law. In addition to the batteries, which use electrochemical energies, solar cells, fuel cells and thermocouples are also examples for EMF generators. 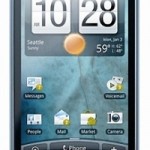 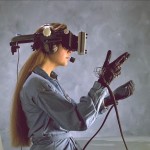