The key difference between the Endosome and the Lysosome is based upon its formation and its function in the cell. Endosome is formed by endocytosis, whereas the lysosome is a membrane bound vesicle containing degrading hydrolytic enzymes.

The endosomal and the lysosomal systems are important in cellular degradation. When a molecule is captured by endocytosis, they form the endosome. Endosome is a membrane bound compartment in eukaryotic cells. The endosome then fuses with the lysosome to degrade the molecule by lysosomal hydrolytic enzymes.

1. Overview and Key Difference
2. What is Endosome
3. What is Lysosome
4. Similarities Between Endosome and Lysosome
5. Side by Side Comparison – Endosome vs Lysosome in Tabular Form
6. Summary

What is an Endosome? 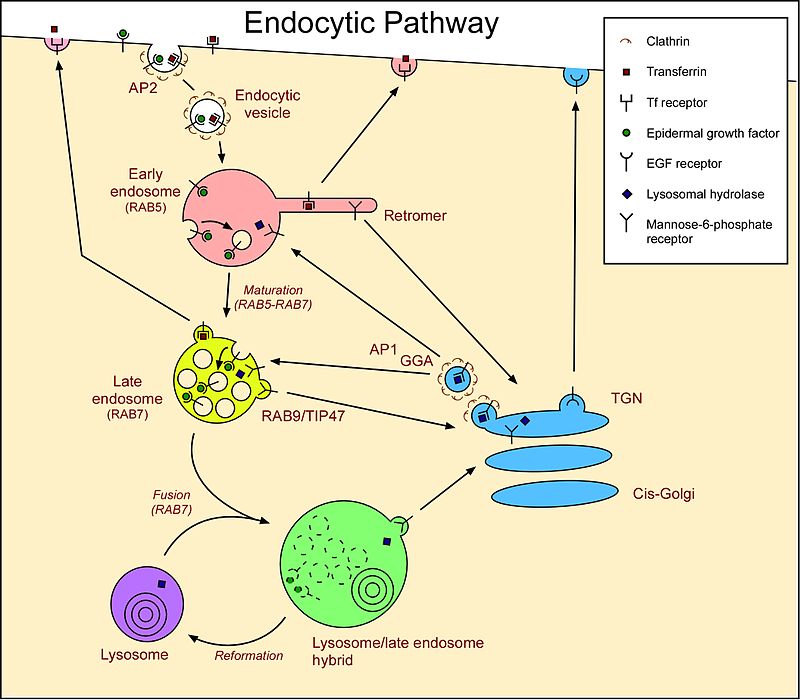 Recycling endosomes contain a fine tubular network and are involved in re-shuttling the molecules back to the plasma membrane. This is vital in protein recycling.

Lysosomes are membrane bound organelles present in eukaryotic cells. Lysosomes contain acid hydrolases that have the ability to degrade biomolecules. These enzymes function only at the acidic pH. 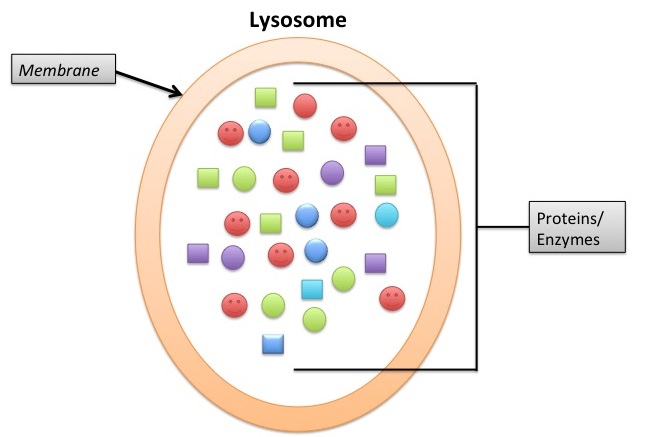 What are the Similarities Between Endosome and Lysosome?

What is the Difference Between Endosome and Lysosome?

Endosomes and Lysosomes are found in eukaryotes. Endosomes are formed as a result of endocytosis which engulfs components such as proteins and lipids to form plasma membrane based vesicles known as endosomes. Lysosomes, in contrast, are organelles containing acid hydrolases and participate in the degradation of biomolecules when fused with endosomes, phagosomes or autophagosomes. This is the difference between endosomes and lysosomes.

Difference Between Lysosomes and Peroxisomes

Difference Between In Vitro and In Vivo 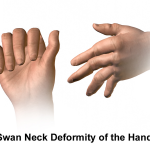 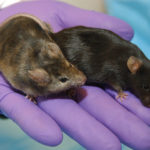