Energy and enthalpy are two topics discussed under thermodynamics. The concept of energy is an intuitive concept, and it means the ability to do work. The concept of enthalpy change is the energy gained or emitted during a state transfer. Both these concepts are very important in fields such as thermodynamics, chemistry, statistical physics, quantum mechanics and many other. Both of these concepts are underlying concepts for many other, so a very good understanding in them is required in order to excel in any field that has a heavy usage in them. In this article, we are going to discuss what enthalpy and energy are, their definitions, the similarities of enthalpy and energy, the applications of these two and finally the difference between energy and enthalpy.

Energy is a non-intuitive concept. The term “energy” is derived from the Greek word “energeia”, which means operation or activity. In this sense energy is the mechanism behind an activity. Energy is not a directly observable quantity. But it can be calculated by measuring external properties. Energy can be found in many forms. Kinetic energy, thermal energy and potential energy are to name a few. Energy was thought to be a conserved property in the universe up until the special theory of relativity was developed. The theory of relativity along with quantum mechanics showed that energy and mass are the interchangeable. This gives rise to the energy – mass conservation of the universe. However, when nuclear fusion or nuclear fission is not present, it can be considered that the energy of a system is conserved. The kinetic energy is the energy that causes the movements of the object. The potential energy arises due to the place where the object is placed, and the thermal energy arises due to temperature. It is believed that there are other types of energies in this universe which are not discovered yet. This type of energy is categorized as dark energy and is believed to be a large proportion of the total energy of the universe.

Enthalpy is a very important concept discussed under thermodynamics. A system has various properties. These properties are temperature, pressure, volume, mass, density, etc. The state of the system is described by the state or the value of each and every one of these properties. The enthalpy change or more commonly known as the enthalpy is the change of the internal energy of the system when the system transfers from one state to another state. The enthalpy difference is measured in joules. The molar enthalpy difference is measured in joules per mole. Both of these terms are widely used in thermodynamics. If the enthalpy change of a system is positive, the process is endothermic. If the enthalpy change is negative, the process is exothermic.

Difference Between Enthalpy and Heat

Difference Between Thermal and Heat

Difference Between Power and Work 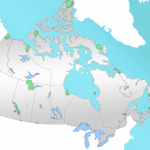 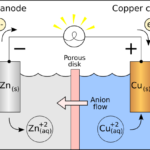