1. Overview and Key Difference
2. What are Epiphytes
3. What are Parasites
4. Side by Side Comparison – Epiphytes vs Parasites in Tabular Form
5. Summary

Epiphytes are the plants that grow on other plants. The word ‘epiphyte’ is derived from the two Greek words ‘epi’ meaning upon and ‘phyton’ meaning plant. Epiphytes are also known as air plants because they never touch the ground and do not need soil to grow.  Epiphytes can be seen on the branches, trunks, and leaves of trees. Though epiphytes grow on a host plant, they do not cause any damage or harm to the host. They depend on the host for physical support but do not obtain nutrients from the host plant. Instead, they rely on the nutrients in the air, falling rain, and the compost on the tree branches. Epiphytes do not also interfere with the metabolic functions of the host plant and or cause damages to any organs.

Epiphytes are found commonly throughout rainforests. They are seen mostly in the canopy of the forest due to factors such as easy access to direct sunlight, availability of an adequate number of canopy animal pollinators, and the possibility of dispersing their seeds by wind. Epiphytes contribute largely to the extremely rich biodiversity of rainforests that make them the most complex ecosystems on Earth.

Epiphytes are well adapted to harsh environments like the canopy of the forest where there is a serious shortage of water, nutrients, and minerals. They bear amazing adaptations to capture water and nutrients from the air, rain and tree debris, to attach to tree trunks, and to absorb moisture etc. Some species have also developed structures to conserve water. For example, orchids can conserve water by their thick stems. Epiphytes produce more seeds bearing wings, gliding apparatuses, or parachutes compared to other plants. In addition, they produce seeds with sticky coats and fleshy fruits. 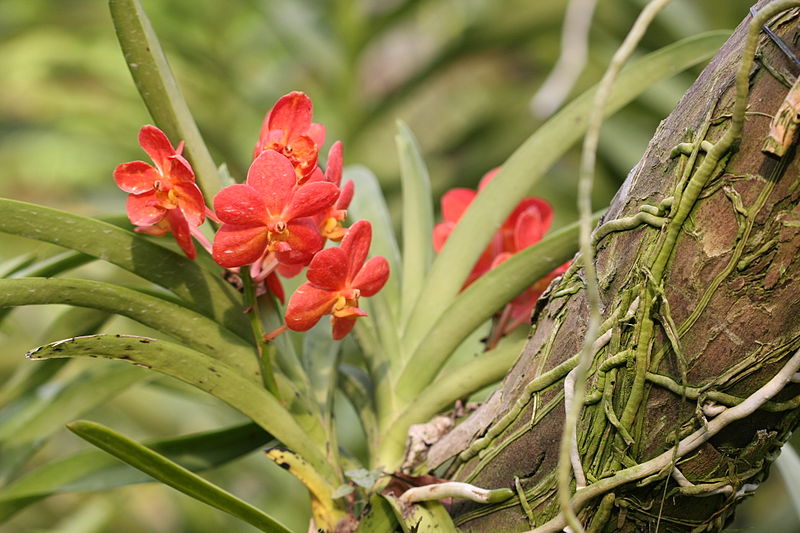 Parasitism is a non-mutual relationship between species, where one species benefits at the expense of the other. The party benefitted by the parasitism is known as parasites. Parasites are the organisms which live in or on another organism and derive nutrients from hosts. The host organism is often affected by the parasite since parasites cause damages to host organisms and interfere with the metabolic functions. The parasite is always dependent on the host for its survival. It cannot survive independently. 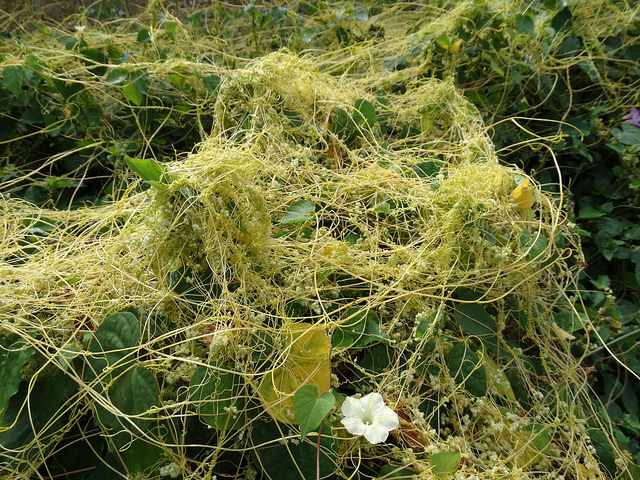 What is the difference between Epiphytes and Parasites?

Epiphytes grow on another plant. They depend on the host plant for physical support. They do not cause harm to host plant; neither do they obtain nutrients from the host. Epiphytic interaction is a non-parasitic plant to plant interaction. Parasites are different from epiphytes. Parasites live in or on another organism and obtain all or part of nutrients from the host organism. Hence, the host organism is negatively affected by the parasitic interaction. The host is never benefitted by parasitism. This is the difference between epiphytes and parasites.

Difference Between Endoparasites and Ectoparasites

Difference Between Saprophytes and Parasites 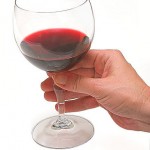