We generally call salt, for sodium chloride, which we are using for cooking purposes. However, there are other types of salts, about which we do not commonly talk. Epsom salt is one such salt that has a large number of benefits, also largely available.

Salt or sodium chloride, which we use in food, can be easily produced from seawater (brine). This is done in large scale, because people from every corner of the world use salt for their food every day. Seawater contains high concentrations of sodium chloride, therefore, accumulating it in an area and by letting the water evaporate using solar energy, yield sodium chloride crystals. The water evaporation is done in several tanks; in the first tank, sand or clay in the seawater is deposited. The salty water from this tank is sent to another one where in, calcium sulfate is deposited as the water evaporates. In the final tank, salt is deposited and along with it, other impurities like magnesium chloride and magnesium sulfate also settling. These salts are then collected into small mountains and allowed to stay there for a certain period. During this period, other impurities may dissolve, and somewhat pure salt can be obtained. Salt is also obtained from mining rock salt, which is also called halite. The salt in rock salt is somewhat purer than salt obtained from brine. Rock salt is a NaCl deposit, resulted from evaporating ancient oceans millions of years ago. Large deposits like this are found in Canada, America, and China, etc. The extracted salt is purified in various ways, to make it suitable for consumption, and this is known as table salt. Other than in food, salt has many other usages too. For example, it is used in chemical industries for various purposes and as a source of Chloride. Further, it is used in cosmetics as an exfoliator.

Epsom salt is the common name for the hydrated salt of largely known chemical compound magnesium sulfate. It has the molecular formula of MgSO4•7H2O, containing magnesium sulfate with seven water molecules. This is also an ionic compound of salt. Magnesium is an essential element for plants. Thus, Epsom salt is used in agriculture and gardening, as a source to provide magnesium to soil. Other than for usage in laboratory reactions, Epsom salt is also used for medication purposes, in cosmetics for skin therapies (Epsom salt is known for muscle relaxing and soothing) etc. 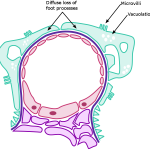