ER (entity-relationship) diagrams and Class diagrams are two of the design diagrams that the software developers create usually during the design phases of the software engineering life cycle. ER diagrams are a product of entity-relationship modeling (ERM) technique for modeling databases. A class diagram, written in Unified Modeling Language, is a diagram that describes the structure of a proposed system. Although there is no requirement to have an exact one to one mapping between the classes in class diagrams and entities in entity diagrams, generally there is some meaningful relationship between them. However, there are plenty of occasions where an entity of an ER diagram maps to multiple classes of the corresponding class diagram or a single class of a class diagram mapping to multiple entities of the corresponding ER diagram. But, this depends entirely on the design choices of the software developers.

What is ER Diagram?

ER diagrams are the product of entity-relationship modeling. Entity-relationship modeling is the process of coming up with an abstract and conceptual representation of data. ER diagrams ultimately model the databases. More specifically, it produces the conceptual schema of the data model. Main building blocks of ER diagrams are entities, relationships and attributes. An entity represents a thing that can exist independently and that can be defined uniquely. Most often, an entity represents a real world object such as a car or an employee. Entities can be though of as nouns that come up during the description of the problem to be solved. Relationship shows how entities are connected. They are like verbs found in the description of the problem to be solved. Properties of both entities and attributes are called attributes.

What is Class Diagram?

A class diagram (more correctly known as a UML class diagram) is a design diagram that represents the static structure and the behavior of a proposed system, defined using UML (Unified Modeling Language). A class diagram shows the systems’ classes, relationships between classes, and their attributes. Classes depict the abstract representation of real world objects, while the relationships depict how each class is connected to others. Both classes and relationships have properties called attributes. Methods in the classes represent or define the behavior of these classes. Methods and attributes of classes are called the members of the class.

What is the difference between ER Diagram and Class Diagram?

Difference Between ERD and DFD 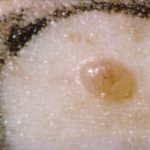 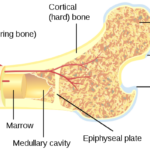