TGV is a French acronym that stands for high speed train, and indeed TGV is one of the fastest train services in the world. It is a rail service that is the pride of France operating at high speeds of around 300kmph. It was launched in 1981 between Paris and Lyon, and has been continuing and spread in many parts of France since then. The success of TGV trains in France encouraged many European countries to design and run similar rail service, and Eurostar, operating between London and Paris, and moving across the channel tunnel is a fast moving train similar to TGV. Despite ostensible similarities, there are many differences between Eurostar and TGV that will be discussed in this article.

The idea of TGV was conceived in 60’s when Japan had started work on the proposed bullet train. French government was in favor of new technologies and even funded the project. The first train was run in 1981, and it caught the imagination of the people of France. It has been such a roaring success that the president of French national rail operator SNCF conceded that TGV saved French railways from decaying. When work began on TGV, it was proposed to be a gas turbine electric locomotive, but following the international crisis of petrol in 1973, French government discarded the idea to make only electricity powered engines for TGV trains.

The main difference between conventional trains and TGV lies in not just the new engine, but also newly laid tracks with increased radii of curves to allow train to move at high speeds without passengers experiencing centripetal acceleration. Not only this, alignment of tracks exact as compared to normal alignment that results in higher load bearing capacity and stability of tracks. There are more sleepers per km of track and all of them are made of concrete.

Stunned and spurred by the super success of TGV in France, government in UK decided to run a similar train in the newly developed channel tunnel, and this resulted in the development of Eurostar. Though, for all practical purposes the design of Eurostar suggests that it is a kind of TGV, it still has modifications to suit British specifications of tracks, as also the special requirement to move inside the Chunnel. Eurostar has been a roaring success connecting UK with Paris, and Brussels, and a major source of attraction for non Europeans to explore and discover Europe through train. Eurostar is being operated jointly by British Rail, SNCF, and SNCB (as it also reaches Belgium).

Difference Between Eurostar and Rail Europe 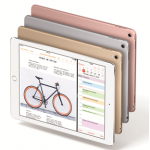 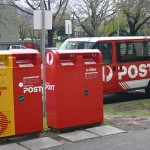 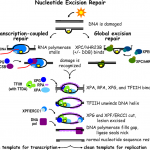