Exempt and non-exempt are words that are increasingly being used by organizations, especially when hiring employees. These are terms that are applied on workforce by employees to deduct certain amount from their paycheck that makes a big difference to the company’s outflow. This article will explain the basic difference between exempt and non exempt employees and what this means to workers as well as companies.

First of all, the terms exempt and non-exempt have originated from FLSA, which is a body of legislation. It stands for Fair Labor Standards Act and was meant to safeguard the interests of labor that often complained of being asked to work for overtime without being paid for the extra hours put in. This is why FLSA classified employees as exempt and no-exempt. According to this bifurcation, exempt employees do not receive any overtime irrespective of the number of extra hours put in by them in a week. With professionals, supervisors and executives coming under this category, they are not required to keep any record of any extra time clocked by them in a week as they do not get any overtime.

Employees that are non exempt need payment for overtime according to the requirements mentioned by FLSA. Whenever non exempt employees work for more than 40 hours in a week, they need to keep a record of the extra hours clocked so as to receive overtime at a rate of not less than one and a half times their normal hourly wages. However, there is no difference in the manner in which exempt and non-exempt employees are taxed as all income, whether wage, extra time wages or salary and tax is levied on total income irrespective of how it gets generated.

In general, it is non exempt employees that get more protection under federal laws than those who are exempt.

It is difficult to tell which of the two categories are beneficial for a person in monetary terms. If one feels he is missing out on wages out of extra time he clocks for a company, he may have to forgo fixed salary and accept hourly wages to get the benefit. However, in case of fixed salary, a person cannot be made to receive lesser amount if a week had more holidays and thus the person had to put in lesser number of hours. So, in a sense, it offsets the feeling of not getting as much as one should according to number of hours being pout in.

Difference Between Voluntary and Compulsory Redundancy

Difference Between Induction and Orientation

Difference Between IHRM and HRM 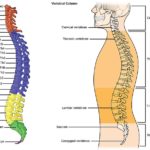