Brightness is a very important quantity discussed in photography and astronomy. In photography, brightness is the luminance effect created by a light source or reflected light. Brightness is formally defined as the energy carried by electromagnetic waves going through a unit area per time. Brightness is a visual perception which enables the observer or the viewer to see an image as bright or dark. A light source or a light reflector is considered as a bright spot whereas a light absorbing surface is known as dark.

Exposure is a property discussed mainly in photography. Exposure level on a photograph depends on several factors. The shutter speed is one of the factors that control the exposure. Slower the shutter speed, higher is the exposure level. Aperture size is the other controlling mechanism that controls the exposure. Larger the aperture, higher is the exposure level. External light is also a factor, but it is not controllable by the camera unless a flash light, or reflectors are used. ISO value is not a factor that measures exposure; it is rather a sensitivity adjustment of the camera.

What is the difference between Exposure and Brightness?

• Exposure is the amount of light that is incident on the sensor in the process of taking the picture.

• Brightness is how bright an object appears in the picture.

• Exposure is a property of the camera and the settings; brightness is a product of exposure. 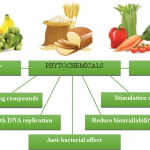 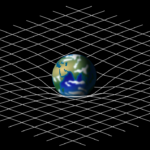