A vast majority of home loan borrowers never come into contact with Fannie Mae and Freddie Mac. As such they remain oblivious to the existence of these two mortgage finance giants of companies. This has got to do with the fact that both these companies work with lenders rather than with end consumers who take loans from these lenders. It is thus natural for people not to be aware of differences between these two companies. This article will make people aware of differences between Fannie Mae and Freddie Mac.

Both Fannie and Freddie play a very important role in mortgage industry and in the economy of the country in general. Both enterprises were created by government to buy mortgages from banks and other lenders to make more funds available at the end of the lenders so they could make more home loans. Taken together, these companies account for $5.4 trillion of mortgages which is about half of the total home loans in the country.

As they both have the same objective, it is hard to find a difference between these two organizations. Fannie Mae was created way back in 1938 by President Roosevelt to make sure there was no paucity of funds in the home loan segment of the economy. Fannie Mae got converted into a publicly traded company in 1968. Freddie Mac was created in 1970 to see that Fannie Mae does not get a monopoly of government backed mortgages. The major difference between these two mortgage giants is that while Fannie Mae works mainly with lenders, Freddie Mac works mainly with thrifts (savings and loans).

While Fannie Mae allows guarantee on multiple properties owned by a single person up to 10 units, Freddie Mac Allows guarantee on no more than 4 units. There is also difference in rules regarding down payments. While Fannie Mae asks as little as 3% from home loan borrowers, Freddie Mac Does not allow loans of more than 95% loan to value which means that a borrower must make at least 5 % down payment.

Difference Between FHA and VA Loan 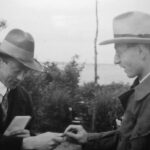 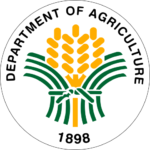