Fascism is the authoritarian, nationalist rule of the Prime Minister Benito Mussolini in Kingdom of Italy. Fascism, in political sciences, is a form of government which other varieties of fascism are derived. These governments are authoritarian and nationalist governments. Examples of such governments have been witnessed in the First and Second World Wars. Fascism is actually an ideology which originated from Italy. It is a movement which is based on rejection of social theories which were developed during the French Revolution in the year 1789. Fascists hated these social theories and raised the slogan of Liberty, Equality and Fraternity. Fascism targets the myth of the rebirth of a nation after a period of destruction faced by it. Fascism is a spiritual revolution which started against materialism and individualism. Through fascism, are promoted, unity, regenerative power of violence, youth and masculinity. This theory also promoted superiority on the basis of races, expansion of imperialists, and ethnic persecution. The people, who follow the Fascism Theory, The Fascists, see peace as part of weakness and they consider aggression as strength. One of the major characteristic of this theory is the Authoritarian leadership for the maintenance of power and greatness of the State which is being ruled.

‘The Dictionary of Human Geography’ defines Imperialism as the creation of unequal relationships in the field of economy, culture and territorial which has usually been followed between states and sometimes in the form of empires which were based on domination and subordination. The Imperialism theory follows the thoughts of expansionists and communists groups. The domains that have followed Imperialism theory through its 500 years history include Mongols, Romans, Ottomans, Holy Romans, Portuguese, Spanish, Dutch, Persian, French, Russian, Chinese and British. In simple words, the Imperialism can be applied equally to domains of knowledge, belief, values and expertise such as the Christianity and Islam. Usually, Imperialism is autocratic in nature and has an unchanging structure which does not allow individual variation. Imperialism, the outcome of hierarchical organization, still exists today. In simple words, Imperialism is the domination of a society over another society by economically and politically. United States of America is considered as one of the states following Imperialism as well as other states like Britain. Imperialism also relates with religious and political beliefs and communism is a nice example of this. Imperialism began in the late 19th century when European Nations which were technologically advanced than other nations started to overpower continents of Africa, Asia and America.

Difference between Fascism and Imperialism

Fascism and Imperialism are similar and different in a number of ways. For some people, they might seem to be on the same side of the picture and quite similar in a number of ways. For other people, they would seem as if they are two very different days with Fascism being on the extreme left and Imperialism being on the extreme right.

They’re similar yet they are on opposite sides of the picture. Fascism and Imperialism governments in the past have both been seen to be socialists. Looking on the basic political outlook, they would seem quite different. However, looking at their similarities and common things between them, they seem as if they are the same things with slight differences in nature. In simple words, Imperialism is same as Fascism but has got an extra Democratic touch on the Fascist way of government.

Difference Between Revolution and Civil War 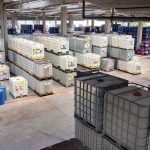