Fiber Distributed Data Interface (FDDI) is a data transmission standard for Local Area Networks (LAN) which uses fiber optic lines. A FDDI LAN can extend up to 200 kilometers and it can support thousands of users. The FDDI 1 protocol is based on the token ring protocol. FDDI 2 is an extended version of FDDI. It extends FDDI by adding capability to handle voice and video signals.

FDDI also referred as FDDI 1, is an optical standard for LANs based on the token ring protocol. Even though the underlying medium used by FDDI is optical fiber, it can also use copper. In such cases, it is referred as CDDI (Copper Distributed Data Interface). An FDDI network comprises of two rings. The traffic on each ring flows in opposite directions, which is called counter rotating. The second ring acts as a backup if the primary ring fails. Due to this, FDDI networks provide superior robustness and reliability. The capacity of the primary ring is 100Mbps and if the second ring is not used for backup, it can also carry data, which brings up the total capacity of the network to 200 Mbps. Since FDDI supports a high bandwidth and a greater distance than copper, it is frequently used as a high speed backbone technology. American National Standards Committee X3-T9 produced FDDI and it also conforms to the Open System Interconnect (OSI) model of functional layering. FDDI can also be used to interconnect LANs that use other protocols. FDDI is a collection of four separate specifications and each of these specifications has a specific function. When these four specifications are combined, they can provide high speed connectivity between upper layer protocols such as TCP/IP and IPX and also media such as fiber-optic cabling. Four specifications in FDDI are Media Access Control (MAC), Physical Layer Protocol (PHY), Physical-Medium Dependent (PMD) and Station Management (SMT). The MAC specification defines how the medium is accessed. The PHY specification defines functions such as data encoding/decoding procedures, clocking requirements, etc. The PMD specifies the transmission medium characteristics. Finally the SMT specification defines the station configuration, ring configuration and ring control features.

FDDI-2 is the second generation protocol of FDDI. It is a more recent development of FDDI that adds the capability to handle voice signals and video by adding necessary circuit-switched services to the network. This makes FDDI-2 very well suited for large scale Internet Service Provider (ISP) Internet backbone implementation scenarios. Further, FDDI-2 has a new mode of operation called the Hybrid Mode. In addition to asynchronous and synchronous types of frames, hybrid mode uses a 125 microsecond cycle to transport isochronous traffic.

FDDI-2 is the second generation protocol of FDDI. The key difference between them is that, in addition to all the functionality FDDI provides, FDDI-2 provides the ability to handle voice signals and video. Even though both FDDI and FDDI-2 runs at 100 Mbits/sec on the fiber and transport asynchronous and synchronous types of frames, FDDI-2 can transport isochronous traffic using the newly developed hybrid mode. Further, FDDI and FDDI-2 stations can be operated in the same ring only in the basic FDDI mode. 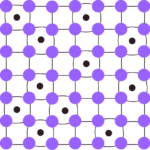