Bone is a type of connective tissue that arranges to make the bony framework together with tendons and ligaments. This framework is referred to as skeletal system of an animal. The bones are mainly composed of living cells called osteoblasts, and a fiber rich matrix. The main functions of bone are movement, support, protection, mineral storage, and blood cell formation. The skeletal system can be divided into two parts; namely, appendicular skeleton, which includes bones of the limbs, shoulders, and hips, and axial skeleton, which includes skull bones, vertebral columns, and rib cage. An adult human’s skeletal system has 206 bones including joints, cartilages, and strap-like ligaments that hold bones together. Out of these bones, humerus and femur are two large bones that belong to appendicular skeleton.

What is a Femur Bone?

Femur is the body’s largest and longest bone. It is also called thighbone as it is found in the upper leg. This bone is extremely strong, so that it can withstand stresses of several tons per square inch. It has been found that about 15,000 to 19,000 pounds per square inch pressure should be applied on the top of the bone, in order to break this bone. Ball-like upper end (also called ‘head’) of this bone fits neatly into a deep socket of ilium known as acetabulum, forming a ball-and-socket joint. The other end connects with tibia. Its axis of movement is well outside of its substance for most of its length.

What is a Humerus Bone?

Humerus is the second largest bone in the body, and the longest and largest bone of the upper extremity. The bone is relatively thick and has a large, smooth head at the proximal end, and a number of processes at the distal end. The proximal end fits into an open socket in the scapula, and the distal end fits to ulna. The head of humerus has a smooth and round surface, to facilitate good attachment to scapula along with muscles and ligaments.

What is the difference between Femur and Humerus?

• The length and the average diameter of the femur are higher than that of humerus.

• Femur is the largest bone in the body while humerus is the second largest.

• The articular head of femur, better detached than that of humerus but have the same shape.

• The linea aspera of the femur is situated behind, whereas that of the humerus is situated in front.

Difference Between Eccentric and Concentric 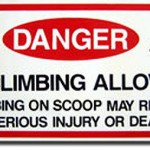