Fibromyalgia and multiple sclerosis are two conditions, which are so similar that it is very difficult to differentiate between the two. However, there are a few differences that are discussed below in detail in addition to the clinical features, symptoms, causes, investigation and diagnosis, prognosis, and the course of treatment of fibromyalgia and multiple sclerosis.

Fibromyalgia literally means muscle and connective tissue pain. Fibromyalgia is characterized by long standing pain and increased sensitivity to deep pressure at points all over the body. This condition is of unknown origin. Scientists believe that psychological, neurological, biological, genetic and environmental factors are responsible for the disease mechanism. Individuals with fibromyalgia may also have severe fatigue, disturbance of sleep, stiffness of joints, swallowing difficulty, constipation / diarrhea, urinary symptoms, skin numbness and tingling, loss of higher mental functions. Usually fibromyalgia is coexistent with psychiatric conditions like depression, anxiety and stress disorders.

The symptomatology of fibromyalgia is vast, and unsurprisingly all patients with fibromyalgia do not experience all the symptoms. About 2-4% of the population is thought to have the condition. This is about 9 times as common in females compared to men. There are four types of fibromyalgia. They are characterized as, extreme pain sensitivity without psychiatric conditions, fibromyalgia with comorbid with pain related to depression, depression with concomitant fibromyalgia syndrome and fibromyalgia due to somatization. There is no diagnostic test to identify the disorder.

Multiple sclerosis is a remitting and relapsing disorder characterized by plaques of demyelination at sites throughout the brain and the spinal cord. Peripheral nerves surprisingly are not affected. This condition is thought to be due to focal disruption of the barrier between the blood and the cerebro-spinal fluid (blood brain barrier), immune response, myelin damage, and degeneration of nerves. This condition is common in the temperate regions of the world. However, the prevalence is very variable. Multiple sclerosis is more common in females. Older males, motor features, early relapses, and MRI lesions suggest a poorer prognosis.

Diagnosis is clinical, and no test result is unique to the condition. Methylprednisolone, interferons, glatiramer, mitoxantrone, baclofen, diazepam, dantrolene, tizanidine, and botulinum toxin may be used to treat this condition.

What is the difference Between Fibromyalgia and Multiple Sclerosis?

These two conditions are extremely similar. The only differences seem to be in the natural history of the diseases.

• Fibromyalgia is not degenerative while multiple sclerosis is.

1. Difference Between Fibromyalgia and Polymyalgia

3. Difference Between Alzheimers and Dementia

4. Difference Between Amnesia and Dementia

Difference Between Fibromyalgia and Polymyalgia

Difference Between Conjugated and Unconjugated Bilirubin

Difference Between Primary and Secondary Hypertension 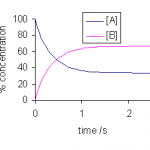 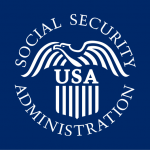 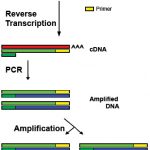 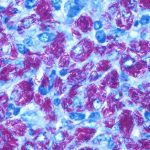