Home / Technology / IT / General / Difference Between File and Folder

File and folder are commonly used terms in computer terminology. One comes across these terms a lot when using a Windows based system. Often people, mainly beginners are confused when using these terms. Basically all the data in a hard drive is contained in either files or folders. The most basic difference between a file and a folder is that while files store data, whether text, music or film, folders store files and other files. Folders are normally bigger is size as they hold many files and other folders.

A file is a collection of data on a single unit. It can be anything from a word file to a music, video, or photo file. Text files normally contain written text and are called word documents. Other examples of txt files are PDF, RTF and web pages. Picture files are in different formats known as JPEG, GIF, BMP and layered image files (Photo shop documents). Audio files are also in various formats called as MP3, WAV, WMV, and AIF etc. There are many formats of video files such as MPEG, WMV, and MOV to name a few.

One can create, save, open, move and delete files. It is possible to move a file from one folder to another. You can also download files from other networks and internet. Type of a file is normally known by its icon or by its extension. To open a file it is necessary to double click it.

Like in real world, there are folders in virtual world also. These folders are places where files are stored. Folders can even contain folders inside them. Folders are of great help in organizing files. For example a person can store all photos in a folder named photos, while he can store videos in another similarly named folder. He can then place all such folders in a folder called My Documents.

Difference between File and Folder

Folders are also called directories, and they are used to organize files in your computer. One big difference between folders and files is that while folders take up no space on hard drive, files have a size ranging from a few bytes to kilobytes (as in word files) to gigabytes in case of files containing music and video content. Imagine a system with no folders and it would become almost impossible to manage hundreds of files in your computer. Folders allow one to organize his files by storing similar files in a folder and naming the folder so that he can retrieve files whenever required.

Difference Between Laptop and Notebook

Difference Between Leader and Boss

Difference Between Effective and Efficient 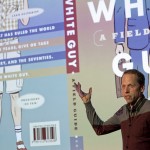 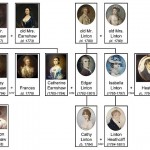 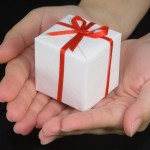