Home / Technology / IT / Internet / Difference Between Firefox 4 and Firefox 5

Firefox 4 vs Firefox 5 | Which one is Faster?

Firefox is the second most widely used web browser in the world. It is used by thirty-percent of browser users worldwide. Firefox 4 was released on March 22, 2011 with major improvement over Firefox 3.6. But few weeks later Mozilla announced the release of Firefox 5 due to their new rapid release cycle (much like Google’s), and it was released in June, 2011. Although, Firefox 4 included major changes compared to its previous version, most expert reviewers agree that Firefox 5 and Firefox 4 are very similar and the changes seen on Firefox 5 do not merit a full version number.

Firefox 4 was a major improvement over its earlier edition. Firefox 4 adds improved support for HTML5, CSS3, WebM and WebGL, by utilizing the power of Gecko 2.0 engine. A new JavaScript engine called JägerMonkey is included. The primary goals for the version 4 of this already impressive browser were improvements in performance, standards support, and user interface. Firefox 4 introduced a new and improved user interface to make it faster. A feature called Firefox Panorama allows the user to organize tabs into windows called groups and apply same operation on all tabs in a group. By default, tabs are now on top of the page, almost exactly similar to Chrome. Stop, Reload and Go buttons have been combined in to a single button, which changes state according to the current state of the page.

An audio API has been introduced in Firefox 4, which allows programmatically accessing or creating audio data associated with HTML5 audio element. This feature can be used to visualize, filter or show audio spectrums. Firefox 4 now offers a consistent layout/shaping across different operating systems. Other notable features are doorhanger notifications, application tabs and support for multitouch displays.

Firefox 5 was released in June 21, 2011. Because Firefox 5 was released in a very short time (just after 3 months) after Firefox 4’s release date, there are no major changes to the GUI. But there are plenty of minor additions, improvements and bug fixes, that are claimed to help Firefox 5 relatively more secure, stable and usable. Along with all the new features introduced in Firefox 4, there is a new “Do Not Track” button in the preference menu in Firefox 5, which makes it very convenient to opt-out from advertisement companies that track the web history to display customized ads. In fact, Firefox 5 for Android is the first mobile browser with this feature. Firefox 5 includes a channel switcher to switch between the beta version and other test versions. Firefox 5 adds support for CSS animations. It includes better Linux support as well. Furthermore, they say Firefox 5 has better support for HTML5, XHR, SMIL, CSS3 and Math ML.

What’s the difference between Firefox 4 and Firefox 5?

Although, Firefox 4 introduced lots of impressive features over its earlier release, Firefox 5 only adds minor improvements and few new features. Visually, Firefox 5 looks almost the same as Firefox 4. But, Firefox 5 is said to be more secure and more stable than Firefox 4. Two such notable features are the “Do Not Track” button and channel switcher in Firefox 5. Firefox 5 actually makes the “Do Not Track” header preference more visible and easily reachable. It is estimated that Firefox 5 provides improved memory, JavaScript, canvas and networking performance compared to Firefox 4. Firefox 5’s HTTP idle connection logic is better tuned compared to Firefox 4. Firefox 5 includes improved spell checking for more locales than Firefox 4. Mozilla claims that Firefox 5 provides dramatic performance improvement for its Linux users. Furthermore, Firefox 5 offers better support for web standards such as HTML5 and CSS3.

Mozilla claim that there are over thousand improvements in Firefox 5 (but most of them are bug fixes related to crashes, fonts, etc.). Therefore, Firefox 5 is claimed to be more stable than its predecessor. Firefox developers have improved the WebGL security by not allowing Firefox 5 to load cross-domain textures. To improve the performance of tabs, Firefox 5’s both setInterval and setTimeout have been set to 100 Milliseconds. According to several software critics that reviewed Firefox 5 after its release, although changes in other areas in Firefox 5 are minor, in terms of improvements in the areas of security, stability and usability, Firefox 5 is well worth the upgrade.

Difference Between Firefox 4 and Chrome 11

Difference Between Firefox 4 and Google Chrome 10

Difference Between PaaS and SaaS 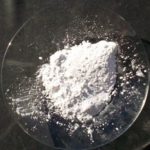 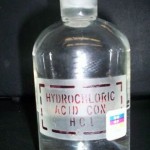 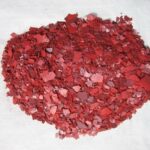