Both flatworms and roundworms are quite dangerous and nuisance parasites of humans as well as of many other domestic animals. It is a common misunderstanding among people that both these types of worms are members of the same group. In fact, flatworms and roundworms belong to completely different phyla in the Kingdom: Animalia. They both are invertebrates and mostly parasitic animals. It would be worthwhile to go through the presented information in this article, as it summarises most of the interesting characteristics of both groups and performs a comparison between the two.

Flatworms are members of the Phylum: Platyhelminthes and there are more than 20,000 species collectively. The overall organisation of their bodies could be described with the use of adjectives such as unsegmented, bilaterally symmetrical, dorso-ventrally flattened, and soft-bodied. Flatworms are mainly composed of tapeworms and flukes, of which the majority are parasitic and cause serious problems in mammals including humans. Particularly, there are four distinguished groups of flatworms (Turbellaria, Trematoda, Cestoda, and Monogenea) and only one group is non-parasitic. Flatworms do not have a body cavity, and they do not have specialised organ systems; the absence of circulatory and respiratory systems could be stated as examples. However, their dorso-ventrally flattened body shape allows oxygen and other nutrients to be transported into the cells via diffusion. The overall concentration of the contents in a flatworm body fluid remains at a constant level. Flatworms do not have an anus, and their digestive tract consists of only one opening where both ingestion and elimination takes place. They digest the food after ingestion and absorb the contents through the single layered endodermal cells of gut into the body fluid. Flatworms generally prefer to live around moist environments or inside other animals bodies as parasites.

Nematodes, the members of the Phylum: Nematoda, are also known as Round worms. There are about one million nematode species according to some of the estimations, and already there are 28,000 have been described. The majority of the Nematodes (16,000 species) are parasitic, and that is the reason for the notoriety of the round worms. The largest member of the phylum is about five centimetres long, but the average length is about 2.5 millimetres. The smallest species cannot be observed unless there is the aid of a microscope. Nematodes have complete digestive systems with the mouth at one end of the body while anus located at the other end. The mouth is equipped with three lips, but sometimes the number of lips could be six, as well. They are not segmented worms, but the anterior and posterior ends are tapered or narrowed. However, there are few ornaments viz. warts, bristles, rings, and other small structures. The body cavity of Nematodes is a pseudo coelom, which is lined with mesodermal and endodermal cell layers. The cephalisation or the formation of head to be distinctive from the other body parts is not prominent among Nematodes, but they do have a head with nerve centres. The parasitic species have especially developed some nerve bristles to sense the environment that they live.

Difference Between Nematodes and Annelids

Difference Between Holstein and Brown Swiss

Difference Between Thoroughbred and Quarter Horse

Difference Between Alpaca and Llama 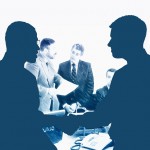 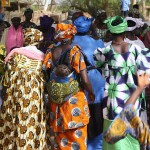 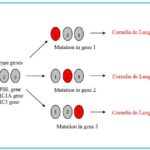