We are all accustomed to seeing fog, mist, dew, and frost and do not give them much importance let alone trying to differentiate between these weather phenomenons. However, knowledge is always helpful especially if you live in an area where fog and mist are a common phenomenon. This article will try to find out differences between fog and mist though for many, these two weather conditions are same.

Fog can be described as cloud formation at a very low level, so much so that those walking around can feel the clouds across their faces. When air in atmosphere has sufficient moisture and the conditions are cool, condensation of water starts to take place. Tiny droplets of water in the air, when they condense, make clouds that decrease visibility drastically and it becomes potentially hazardous as motorists cannot see beyond a small distance that may lead to accidents. There are days and times when fog formation is more than on other days and times. Fog is never uniform and you see it more at one place than at a place nearby. Some places notorious for having fog more frequently than others are streams, creeks, and valleys. Normally fog is more at nights and early mornings. But it is not uncommon to see fog not clearing up till late in the afternoon at some places. Fog clears up when temperature rises during daytime so that no more condensation of water droplets is possible, and winds blow up fog.

We have so far talked only about fog. But we often hear the term mist from people when you think they are actually referring to fog. It is actually a concept that is same as that of a fog. The only difference between a fog and mist is the difference in their densities. Technically speaking, if one can see less than 1km in a cloud of water droplets, it is called a fog. However, the same fog becomes a mist when a person can see through a distance of more than 1km. So it all boils down to the density of the water clouds around you to be classified as fog or mist.

What’s the difference between Fog and Mist?

Fog and mist are formed in conditions of light winds and cool weather. At nights, air is too cool to hold its moisture and condensation of air takes place resulting in formation of water droplets. Thick fog is formed when air can hold a lot of moisture. Though mist is also formed the same way (it is essentially the same process), the cloud cover is thinner and one can see over the top of mist. Mist and fog form over areas where there is a lot of moisture such as rivers, streams and valleys.

Difference Between Foliation and Layering 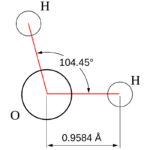 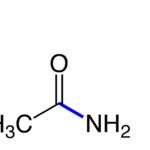