Most of us know what mores means but draw a blank when asked to describe folkways. This is because of the fact that folkways is a term coined by noted sociologist William Graham Sumner way back in 1907. There are many similarities between the two concepts to warrant their use in talking about customs and traditions followed in a culture. However, there are subtle differences between mores and folkways that most people are not aware of. This article attempts to highlight these differences.

Understanding of individual and collective behavior in any society is made possible by sociologists by explaining folkways, mores, traditions, customs and laws enacted to ensure conformity to them and to have peace and order in the society. The problem of social living is sought to be solved through these mechanisms, to have readymade solutions and avoid situations where individuals do not know how to react. These mechanisms get evolved through the passage of time, trial and error, accident, and of course because of knowledge and expertise of certain individuals.

Norms in a society that come into effect, to have similarities (rather conformity) in behaviors of individuals are called folkways. These folkways are spontaneous and unconscious in the sense that there is only mild pressure, and that too unwritten from the society on individuals to behave according to them, and there are no penalties or convictions for violations of these folkways. Kids learn to behave in accordance with these folkways by observing their parents and other elders. Though there is no ostracism, violations of these folkways cause social frown and looking down upon. For example, having extra marital affair with a woman, though not punishable by a court of law, is considered a violation of one of the folkways that say that one should be faithful to his wife.

Mores are norms of a society that have a formal way of ensuring their compliance. Norms are ways to ensure that individuals behave in an accepted manner in a society. Society takes note of violations of these mores and deals with individuals violating these norms in a strict manner. If we go by what William Graham had to say about mores, the word comes from Latin mos that stand for customs in a society that cannot be violated and violation incurs severe punishment by the society. Mores reflect collective right and wrong, as perceived by a group or society, and are significant for the welfare of the society.

Difference Between Valmiki and Kamba Ramayanam 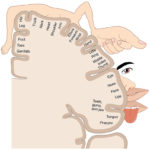