Force and torque are two very important concepts discussed under physics. Both of these concepts play a major role in fields such as mechanics, engineering, and almost all the fields in physics. In this article, we are going to discuss what a force is, what a torque is, and the definitions of force and torque, and finally compare both and discuss the difference between force and torque.

Force is a very important concept in all forms of physics. In the most basic sense, there are four fundamental forces. These are gravitational force, electromagnetic force, weak force and strong force. These are also known as interactions and are non-contacting forces. The day to day forces we use when pushing an object or doing any type of work are contact forces. It must be noted that forces always act in pairs. The force from object A on object B is equal and opposite to the force from object B on object A. This is known as Newton’s third law of motion.

The common interpretation of force is the “ability to do work”. It must be noted that a force is required to do work, but every force does not necessarily do work. To apply a force, an amount of energy is required. This energy is then transferred to the object upon which the force has acted. This force does work on the second object. In this sense force is a method to transfer energy.

Torque is experienced in simple day to day activities such as turning a doorknob, fastening a bolt, turning the steering wheel, paddling a bicycle or even turning your head. It must be noticed that in each and every one of these movements there is a circular or rotational movement. It can be shown that in every movement where a change in the angular momentum occurs there is always a torque acting upon the object. A torque is generated by a pair of forces that are similar in magnitude, opposite in direction, and parallel to each other. These two forces are separated by a finite distance.

In physics, the term moment also has the same meaning as torque. Torque is defined as the tendency of a force, to rotate an object about the axis, a fulcrum, or a pivot. A torque can also be provided using a single force acting at a distance “r” from the axis of rotation. The torque of such a system is equal to the cross product of the applied force and r. The torque is mathematically defined as the rate change of angular momentum of an object. It can be clearly seen that this is compatible with the force – linear momentum relationship in linear movements. The torque is also equal to the product of the moment of inertia and the angular acceleration. Torque is a vector with the direction determined by the cross product of force and distance. It is perpendicular to the plane of rotation.

What is the difference between force and torque?

• A force can be acted as a force alone or as a torque.

• Torque is the counterpart of the force in angular motion. 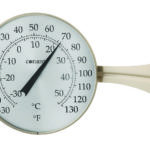 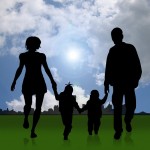 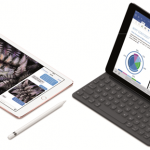 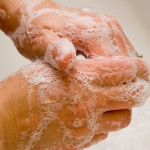