Ford Falcon AU II and AU III are two of the released cars manufactured by Ford Australia. Even if with a very lucrative project development investment of more or less $600 million, the Ford AU series didn’t make it big in the car industry.

The Ford Falcon AU II, which was launched on April 2000, is the successor of Ford Falcon AU released on September 1998. Falcon AU II contains only minor changes from its predecessor with larger outlook and well balanced in terms of functionalities. Also the AU II is now quieter; less noise is being produced by the engine during running conditions.

Fold Falcon AU III was introduced, launched, and released on October 2001 and replaced the Falcon AU II. But on the later years around September 2002, the BA “Barra” Ford Falcon replaced the AU III. If you happen to have bought an AU II, don’t be surprised if the promo about the 60,000 km free servicing fee is not available anymore with the AU III.

The consumers have enjoyed the Ford AU II because of the free service charge that the Ford’s offering for the first 60,000 km. But in its successor, Falcon AU III, that specific deal is not offered anymore, hence, it’s an optional choice for the buyers already. You may have observed that it only takes a year before Ford launched another model like the AU II which was launched on 2000 and then the AU III on 2001. AU II, though released first than AU III, is more expensive with maximum amount of $36,000 whereas it’s only $35,000 for AU III.

Difference Between Dugongs and Manatees 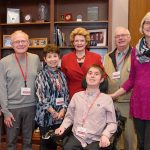