Forest is a word that brings along vivid images of dangerous animals and an area dotted with dense vegetation. A forest is an area that has its own charm and biodiversity that is important for the ecosystem. There are variations of a forest, also there are similar terms that are used to describe similar areas. Woodland is a term that is commonly used whenever one tries to describe an area that is similar to a forest in UK. However, the word becomes simply woods in US. Many people seem to be confused between a forest and woodland because of their similarities. However, they are not synonyms and have many differences that will be highlighted in this article.

The word forest connotes a vast expanse of land covered with trees and vegetation. Since ancient times, it has meant an area that is dangerous and rather uninhabited. Royalties used forests as their hunting ground for the game that was found in abundance and later the wood from such forests also used to be felled for use in human civilizations. Woodland, jungle, wood are other terms that are used to describe an area with dense vegetation and trees. However, woodland is used when the tree cover is lighter and there are more open spaces than are there in a forest.

Any area, whether in plains or in mountains capable of sustaining heavy growth of trees can have forests. As such there are many types of forests such as rainforest, boreal forests, and tropical and so on. On the basis of their permanence, forests are classified as evergreen and deciduous. In general it is seen that types of climate and types of trees are the main deciding factors in classification of forests.

What is the difference between Forest and Woodland?

When we talk of differences between woodlands and forests, it is seen that there is great canopy cover in case of forests. In fact different tree leaves and branches often meet or interlock. On the other hand, there are many open spaces in woodlands and the density of trees is much less. With a large spacing between trees, light easily penetrates through in the case of woodland while it is common to have areas in forests where sun light never reaches the ground. Another difference lies in the quality and quantity of fauna. Larger animals are found in forests while in woodlands there is smaller and lesser number of animals found.

Difference Between Carpet and Tiles and Wood for Flooring 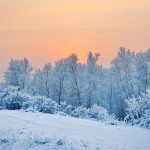 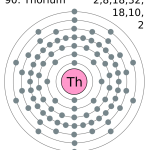