Man is a social animal and cannot live in isolation. Being gregarious and compassionate, he needs the company of others to share his feelings and emotions. He prefers to live in a society, and even the family he lives in is a sub group within this large group. A group can be defined as a unit, whether formal or informal, where the chief characteristic is that all members have a sense of belonging and feel proud of being a part of the group. Members of a group interact through mutually agreed norms and aware of each other as members. Formal and informal groups have structuring as the main difference though there are also many more differences that will be talked about in this article.

Schools, church, hospitals, government, civic organizations etc are all examples of formal groups. In these groups, there are clearly defined hierarchical structures and roles and responsibilities of the members. Inside these groups, there are formal groups that are made by the management and entrusted with tasks that are completed according to set procedure and guidelines by the members of the group. The members are bound to the group in relationships of boss and subordinates. Formals groupings are mostly made to achieve organizational goals and better coordination while doing work related activities is the primary motive of formal groups.

In formal groups, roles and responsibilities are defined, and so are the norms governing the nature of interaction between the members of the group. The duration of formal groups is predetermined though there are formal groups that continue for very long. Of all the work inside an organization, majority is completed through formal groups.

What is the difference between Formal and Informal Groups?

• Membership in formal groups is determined by the management of the organization, and the roles and responsibilities of the members are also predefined

Difference Between Manager and Leader

Difference Between Administration and Liquidation

Difference Between Review and Audit

Difference Between Patent and Trademark

Difference Between BPO and KPO 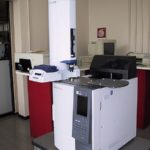 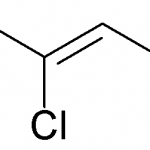