Freshwater pearls and cultured pearls find equal importance in the pearl market, but there are differences between them in many aspects. Pearls are objects of beauty and used as jewelry by women all over the world. Pearls are produced naturally by sea creatures such as mollusks. It is the result of a defense mechanism that is adopted by these creatures, to defend itself from a foreign object that enters its mantle folds. Pearl is developed when the foreign object gets trapped between its mantle folds and gets converted into a hard, round, shiny object that is treasured by human beings since ages. The foreign object could be a parasite or just sand particles, but the creature produces a sac and traps this foreign object inside it and this sac later turns into a pearl. While there are oysters that live in seas producing pearls, there are other creatures such as mussels that live in freshwater and also produce natural pearls. Natural pearls are rare and valued highly. Considering their high demand, pearls are these days being cultured, that is being produced by human intervention. There are many countries that export huge quantities of cultured pearls and China and Japan lead such countries. There are many differences in natural freshwater and cultured pearl that will be discussed in this article.

Pearls are made up of thin overlapping layers that aids in breaking up light falling upon its surface. The value of pearls depends upon their luster, roundness, and smoothness apart from other physical properties of reflection, refraction, and diffraction of light through their layers.

What are Cultured Pearls?

Cultured pearls are a result of humans trying to put an irritant in the mantle tissues of the mollusk when it opens its shell valves for breathing or feeding. In the case of cultured pearls, a tissue from the mantle of a donor shell is implanted on the mantle of the recipient that produces calcium carbonate over this piece of tissue and transforms it into a pearl. Though it is difficult to tell the difference between freshwater and cultured pearl with naked eyes, when X-rays are passed through these pearls, the truth is revealed. Both have different structures with cultured pearls having a solid center with no concentric rings. 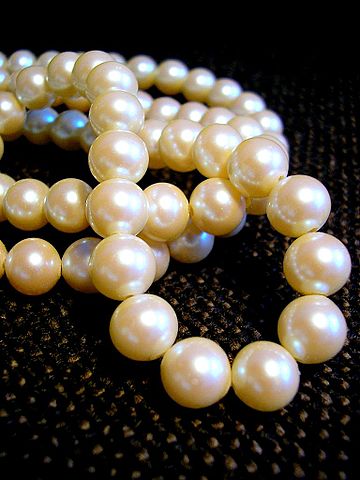 What are Freshwater Pearls?

What is the difference between Freshwater and Cultured Pearls?

Pearls are found naturally and are also produced through the intervention of humans. Pearls result from the secretion of calcium carbonate by a mollusk over a foreign material that founds its way inside the mantle of the creature. Sensing the high demand of pearls, cultured pearls are today being produced in many countries with China being the top producer of such pearls.

• Before cultured pearls arrived, natural freshwater pearls were valued highly, but their value fell with the introduction of cultured pearls that could be produced in many different colors.

Difference Between Clips and Spacers

Difference Between Quartz and Automated Movement in Watch

Difference Between Female and Male Sunglasses 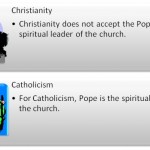