The name of cake brings to minds many different images of soft and fluffy sugary baked bread items. It is a type of bread that has been baked but is essentially sweet to make it a dessert. In every culture and country, we have cakes having different flavors that are especially loved by kids. There is another confectionary item that is equally yummy and tastes like a chocolate cake called fudge that confuses many because of its similarities with cake. Terms like fudge cake and chocolate fudge cake further complicate the matters for them. This article attempts to make clear the differences between these two sugary and chocolaty dessert items.

Cake is an ancient bakery item that was made even before sugar was made available as Egyptians made cakes using honey. Today the main ingredients of a cake are flour, sugar, butter or oil, eggs etc. The batter made out of these is baked to convert it into a cake. Sometimes leavening agents like yeast or baking powder are use to make it fluffy. Many different flavors can be used as per the taste of the people. Often nuts and dried fruits are mixed inside the batter, to make the cake richer and tastier. While cake can be an everyday dessert and carried by children to schools in their lunch boxes, it is an integral part of all auspicious occasions such as birthdays, anniversaries and weddings.

Cakes can be divided into many categories such as yeast cakes, cheesecakes, butter cakes, sponge cakes, fruit cakes, chocolate cakes, and so on.

Fudge is a sweet food article made by taking ingredients like butter, sugar, and milk and then first heating and then cooling the mixture to a soft ball like consistency. It is possible to make fudge in many different flavors by adding items while mixing the ingredients. In North America, especially US and Canada, hot fudge is a popular chocolate product that is poured over ice-creams as a topping. It is used as a hot chocolaty syrup. There is even a chocolate fudge cake that makes use of double the amount of chocolate while making the cake, to make it feel more like a chocolate than a cake. Some people even refer to as death by chocolate or molten chocolate cake.

What is the difference between Fudge and Cake?

• Cake is fluffier and lighter than fudge that is dense.

• Cake makes use of flour and eggs, whereas fudge is made using sugar, butter, and milk or cream.

• Leavening agents are sometimes used to make the cake rise, whereas fudge is more of a candy made without using a leavening agent.

• Hot fudge is chocolaty syrup used as a topping on ice-creams.

• Fudge cake is a cake that uses a large amount of chocolate in addition to fudge.

Difference Between Chocolate and Fudge 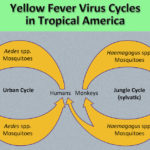