It is easy to see why many people are confused between fuel and gas. The petroleum that runs all automobiles all over the world is referred to as gasoline in US, which is why, many people think that gasoline is a product that is different from petroleum. But the fact is that, the fuel used by car owners in US is the same petrol that is used by car owners in India, though, there may be some differences in Octane number of the fuel sold in two countries. However, we have many more differences between fuel and gas that will be highlighted in this article.

Basically any substance that can provide energy to do mechanical work for us, humans, is considered to be a fuel. In this sense, even plants and animals meat that we consume can be said to be fuels for us, as they provide energy for our sustenance. Wood can be considered as the first fuel used by human beings when they learnt to make fire with branches of trees. They cooked food over the energy released by burning of food. Even the most sophisticated of fuels like petroleum and diesels undergo combustion to provide energy. Most of the requirements of energy of mankind are being fulfilled by fossil fuels that were formed some 6.5 millions of years ago with decay and decomposition of organic materials. Fossil fuels constitute one of the most important natural resource that are being exploited at a very rapid rate, and face the prospect of depleting in the near future.

There are more fuels apart from these fossil fuels such as bio fuels (derived from plant sources) and nuclear fuels that are renewable and have the potential to be available to mankind for much longer though with nuclear fuels there are many safety issues associated with them.

Though many people call petroleum as gas, it is not a gas. However, there is natural gas that is used as a fuel for different purposes, such as heating homes and for cooking foods. This is called natural as it is found naturally and is mostly ethane. This is a fuel that is found along with other hydrocarbons under the surface of the earth and as well, has many other applications (such as manufacture of fertilizers). The organic material that is buried deep inside the earth is responsible for the creation of this natural gas through thermal reactions.

Natural gas cannot be utilized in the form it is obtained as it contains many impurities that need to be removed, so that, only methane remains. Refinement process leads to many other byproducts such as propane, butane and pentane along with sulfur, CO2, water vapor with traces of N2 and helium gases.

Difference Between Propane and Natural Gas 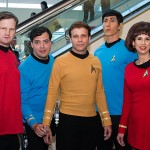 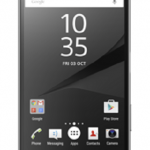