Difference between full moon and new moon can be a problem to you if you are not aware of the different phases of the moon. First of all, what is moon? Moon is the natural satellite of the Earth. Moon is known as a satellite because just like Earth goes around the Sun the moon goes around the Earth. Due to this journey of the moon around Earth, it is positioned in different places. From the earth, the way in which we see how moon and Sun are positioned in the sky is known as the phases of the moon. There are different phases such as new moon, new crescent, first quarter, waxing gibbous, full moon, waning gibbous, last quarter, and old crescent. As you can see, full moon and new moon are two phases of the moon.

What is New Moon?

The phase of the moon when you cannot see the moon in the sky, for that matter, is called as new moon. When there is a new moon, the entire town or the city that experience full moon looks dark. The town or the city needs the help of artificial lights to brighten things. 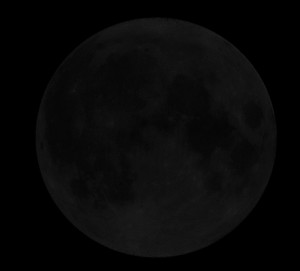 When there is a new moon, the Earth, the moon and the Sun are approximately aligned with one another. At this time the moon is positioned between the Sun and the Earth. As we all known, the moon only reflects the light that is takes from the Sun. So, the part that reflects light or the illuminated part of the moon during a new moon is facing the Sun. As the moon is between the Sun and Earth, the Sun gets to see that bright side while those on Earth get to see the dark side of the moon. In other words, the Earth cannot see the moon on that day.

What is Full Moon?

On the other hand, the phase of the moon when it looks absolutely full and complete in its shape is called the full moon. The sky looks very beautiful on a full moon day. The light from the moon, though not its own, falls nicely on all parts of the town or the city that experiences full moon and makes the entire place look absolutely radiant. 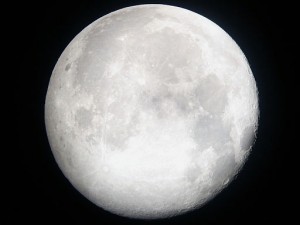 When there is a full moon, the Earth, the Sun and the moon are approximately aligned with one another, just as in a new moon. However, the moon is on the opposite side of the Earth. As a result, we can see the entire sunlit part of the moon from Earth. This is because that part illuminated by the Sun is facing us during a full moon. The shadowed part of the moon is entirely hidden from us.

What is the difference between Full Moon and New Moon?

The shape of the moon appears to change from night to night. It indeed changes in the same way every month. These are known as phases of the moon.

• During a full moon, the moon is aligned with Sun and Earth. However, this time, the moon is on the opposite side of the Earth. As a result, we get to see the fully, illuminated side of the moon.

These are the differences between full moon and new moon.

Difference Between Asteroid and Meteoroid

Difference Between Sidereal and Synodic 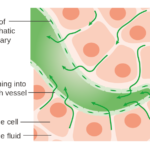