Those who are scratching their heads reading G and G2, these are two of the most popular variants of the famous sport drink Gatorade selling across the country. It all began in 1965 when the coach of football team in university of Florida was worried about the adverse effect of extreme heat of Florida on his players as he saw them getting cramps every now and then. The researchers at the University worked to come up with a formula that promised to replenish the electrolytes lost by players during practice and matches. The drink was named Gatorade after the mascot of the university and soon became very popular. The company was acquired by PepsiCo in 2001 and is today 4th largest selling brand owned by the company. G is the basic sports drink while G2 is a lighter version containing all the electrolytes but lesser number of calories than G. Let us make a quick comparison between these two sports drinks.

Gatorade as a power drink has become a part of our culture and it has become common for winning teams to drench their coaches with a bucket full of Gatorade. Those who have seen ads of Michael Jordan drinking Gatorade know how popular this soft drink is in the country. The ingredients in Gatorade have been selected on their ability to dehydrate the body, not just with water but with all the electrolytes lost by the body because of excessive sweating during workouts and match conditions. If one goes by composition, 240 ml of Gatorade, considered as one serving, contains 110mg of sodium, 30mg of potassium, and 93mg of chloride. Corn syrup is used to provide carbohydrates in the form of glucose and fructose. These sugars contribute to body’s ability to quickly absorb fluids and also to be used as energy.

Till 2008, Gatorade appeared in the market as Gatorade Thirst Quencher under two flavors Lemon-lime and orange. It was only later that many more flavors and variants were introduced in the market. It was in 2007 that a low calorie line of Gatorade drinks was released in the market and was labeled as G2. G2 line of Gatorade is available in 7 flavors including orange, grape, fruit punch, lemon lime, strawberry, pomegranate and glacier freeze. G2 is also promoted by the company as a healthy choice beverage. In 2010, original Gatorade was reintroduced as Gatorade G. The G series has been advertised as before, during, and after athletic event drinks.

Talking about G2, it is available in many flavors and also as a powdered mixture. It is primarily water with sucrose for sweetness. Other ingredients are citric acid, salt, sodium citrate and sucralose. G2 is a sports drink that contains electrolytes in the form of minerals such as sodium, potassium and magnesium that are lost through sweat during exercise or fast action in a match.

Difference Between Gatorade and Powerade

Difference Between Latte and Macchiato 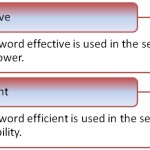 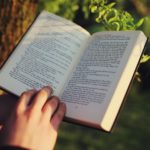 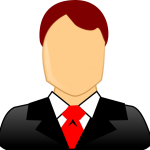