G.711 and G.729 are voice coding methods used for voice encoding in telecommunication networks. Both speech coding methods are standardized in 1990’s, and used in basic applications such as wireless communication, PSTN networks, VoIP (Voice over IP) systems, and switching systems. G.729 is highly compressed compared with G.711. In general, G.711 data rate is 8 times higher than the G.729 data rate. Both methods have evolved during the past decades and have a number of versions as per the ITU-T standard.

G.711 is an ITU-T recommendation for Pulse Code Modulation (PCM) of voice frequencies. G.711 is a commonly used codec in telecommunication channels, which has 64kbps bandwidth. There are two versions of G.711 called μ-law and A-law. A-Law is used in most countries all over the world, while μ-law is primarily used in North America. ITU-T recommendation for G.711 is 8000 samples per second with only a tolerance of + 50 parts per million. Each sample is represented by uniform quantization of 8 bits, which ends up with 64 kbps data rate. G.711 results in very low processing overheads due to the simple algorithms it uses to transform voice signal in to digital format, but leads to poor network efficiency due to inefficient utilization of bandwidth.

There are other variations of G.711 standard such as G.711.0 recommendation, which describes a lossless compression scheme of G.711 bit stream and aimed for transmission over IP services, such as VoIP. Also ITU-T G.711.1 recommendation describes the embedded wideband speech and audio coding algorithm of G.711 standard which operates at higher data rates such as 64, 80 and 96kbps and uses the 16,000 samples per second as default sampling rate.

G.729 is ITU-T recommendation for the coding of speech signals at 8kbps data rate using Conjugate Structure-Algebraic Code Excited Linear Prediction (CS-ACELP). G.729 uses 8000 samples per second while using 16 bit linear PCM as coding method. Data compression delay is 10ms for G.729, also G.729 is optimized to use with actual voice signals which leads to DTMF (Dual Tone Multi-Frequency) tones, and high quality music and fax are not supported reliably using the codec. Therefore, DTMF transmission uses RFC 2833 standard to transmit DTMF digits using RTP payload. Also, the lower bandwidth of 8kbps leads to use the G.729 in Voice Over IP (VoIP) applications easily. Other variants of G.729 are G.729.1, G.729A and G.729B. G.729.1 enables scalable data rates between 8 and 32 kbps. G.729.1 is a wideband speed and audio coding algorithm, which is interoperable with G.729, G.729A and G.729B codecs.

Conversion from one encoding scheme to another will end up with loss of information if there are incompatibilities between codec algorithms. There are systems that measure the quality loss in such scenarios using different indexes such as MOS (Mean Opinion Score) and PSQM (Perceptual Speech Quality Measure).

G.711 and G.729 are voice coding methods specialized to use with telecommunication networks. G.729 operates at 8 times lower data rate compared with G.711 while keeping the similar voice quality using high complex algorithms which leads to higher processing power at the encoding and decoding units.

Difference Between SBC and Soft Switch in NGN

Difference Between Encoding and Decoding

Difference Between Modulation and Demodulation 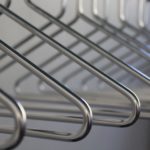 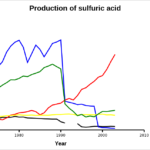