The key difference between Galaxy Note 4 and Note 5 is the performance upgrade in Note 5 via improvements in the processor, RAM, storage, battery capacity as well as the S-pen. Galaxy Note 4 and Note 5 are Android Smartphones manufactured and marketed by Samsung Electronics. The usual trend of Samsung is to reveal its new Note series phone in the month of September every year. The unveiling is done at the IFA press conference in Berlin. However, according to rumors, this time, it is to happen in August. This will give Galaxy Note 5 a head start over the iPhone 6S.  The launch event seems to be a large and grand which confirms Samsung is getting ready to launch something big. The Galaxy Note 5 was unveiled on August 13th and sale will begin from August 21. Let us closely take a look at the Galaxy Note 5 and observe how it is different from the Galaxy Note 4.

The Note has always been the preferred device to get things done and provide a great user experience at the same time. This was mainly developed over a concept called flexible display technology. In the early days of the Galaxy Note, small display phones dominated the industry. Samsung recognized the need for larger displays and moved forward to develop the Note category which has been seen an overwhelming welcome.

The Note 5 comes with a larger screen which lets the user do more things on the phone. Larger displays are becoming the norm in today’s world as it provides more flexibility and more features at the same time.

Smartphone users always prefer a large brilliant display that is not bulky at the same time. These two don’t go hand in hand usually as one increases the other would increase as well. In other words the larger the display, the bulkier the phone. The screen is a very important part of the phone where all the interaction between the user and the phone takes place. Another problem with larger devices is it won’t fit in the user’s hand and won’t fit in the user’s pocket as well. Consumers had to compromise and choose between screen size and portability.

Samsung claims it has designed a smartphone which has a larger screen and slimmer smaller portable package at the same time. The Note 5 has been crafted with metal and glass, and the metal is now stronger, thinner and lighter. The flat screen makes it easy to write on, and the curved back makes it easy to hold in one hand

The screen size of the Galaxy Note 5 stands at 5.7 inches as expected. The screen resolution is predicted to be 2560 x 1440 pixels. The pixel density of the display is 518 ppi for a vibrant, detailed, color filled display. The screen used Super AMOLED technology as its predecessors. This display is known to produce deep blacks, vibrant bright colors, and excellent viewing angles. The screen to body ratio stands at 76.62%.

Samsung has always been able to manufacture great cameras to be built into its smartphones. The camera expected to be sitting inside the Galaxy Note 5 is no exception. The rear camera of the Galaxy Note 5 is 16 megapixels and will be capable of capturing larger and more detailed images compared with the iPhone S6’s 8-megapixel camera. An improved Optical Image Stabilization has been further enhanced by software based VDIS for steady video recording. This will do a better job by reducing motion blur by compensating for movement on the handset when capturing images. Samsung boasts of having the highest DXO mark score for image quality. The cameras are said to perform very well in low light conditions, and images are rich with high resolution and detail. Social media feature is not just about sharing photos but also evolved into sharing videos. The Galaxy Note 5 is capable of supporting 4K video which is a cool a feature. 4K videoing enables Ultra High Definition videos to be played on the handset itself.

The processor powering the device is the Samsung-built Octa-core Exynos 7420 where four cores clock speeds up to 2.1GHz while the other four clock speeds of 1.5GHz. The Galaxy S6 and the S6 Edge have already migrated to Samsung built chips. So it is not a surprise that the Galaxy Note 5 has done it too. The processor houses 8 cores for super-fast processing speeds and will be able to operate with a 64-bit architecture to increase the speed and performance of the smartphone.

The RAM has been upgraded from 3GB to 4GB from its predecessor, the Galaxy Note 4. Although this memory upgrade may not turn out to be significant, it assures for smooth application processing and multitasking capabilities.

The Android M is expected to be launched in September. Initially, the Galaxy Note 5 will not be able to support the Android M operating system but after the release it will be able to be updated to the latest OS version.

The connectivity support has been upgraded to support 4G LTE CAT9 network speeds so that the phone will never need to lag behind supporting high speeds when they actually come to being.

The S pen is a common feature in all Note series smartphones. The sensitivity of the S pen was doubled, at the release of the Galaxy Note 4. It has further increased with the release of the Galaxy Note 5 as expected. The improved S Pen gives the user the ability to multitask like a professional which is a key feature of the Note category devices. As the mouse is key to a PC so is the S Pen key to the Note according to Samsung. It provides more control and flexibility to the tasks needed to be carried out and an important element for creators. The S Pen has been designed to be solid and balanced in the hand and precise and sensitive as a bold point pen. The S Pan can even be used when the screen is off without opening an app which can be really useful in some situations. It also has a clicking mechanism to pop the S pen out. The air command has also become easy to use and more intuitive; it enable easy access to the S pen tools

Screen capture can be done in one big image as long as it may be, from top to bottom without the need to capture multiple screenshots and save them individually. This will be especially useful when sending information via the internet and sharing info.

According to rumors, the Galaxy Note 5 will be able to support internal storage at 128GB. A micro SD slot will be in place to support storage expansion as high definition content will need as much storage as possible.

A keyboard can be inserted to the bottom of the screen. This keyboard is ergonomically shaped, easy to type and precise. This means it can be a large display phone at one time, and a keyboard can be attached to fire off fast messages and emails when the user needs it. It can be snapped on the back when not in use.

We are now able to stream live video with the help of YouTube, the largest video-sharing platform in the world.

Samsung pay wanted to create a simple, effective, safe solution to make mobile payments accessible to all forms of businesses whether they are large or small. It has come up with a solution to replace all kinds of cards with the use of the smartphone which can be accessed by a bank card reader at any shop. NFC is not available at every store which makes the transaction difficult for the customers. Samsung pay will be able to support NFC, Bankcard readers and barcode readers as well, which makes it more available. Samsung Knox protects Samsung pay from malware. During transaction, none of the personal or credit card information will be transferred making it safe and reliable. A onetime security code will only be used during a transaction.

It will be available in Korea on August 20th and available in the US from September 28th. Followed by UK, China, Spain and other countries in the near future. Th key feature is that, it will be accepted anywhere.

This feature allows files and screen sharing between PC and smartphone in a wireless and automatic manner.  This feature is available with windows and mac as well. 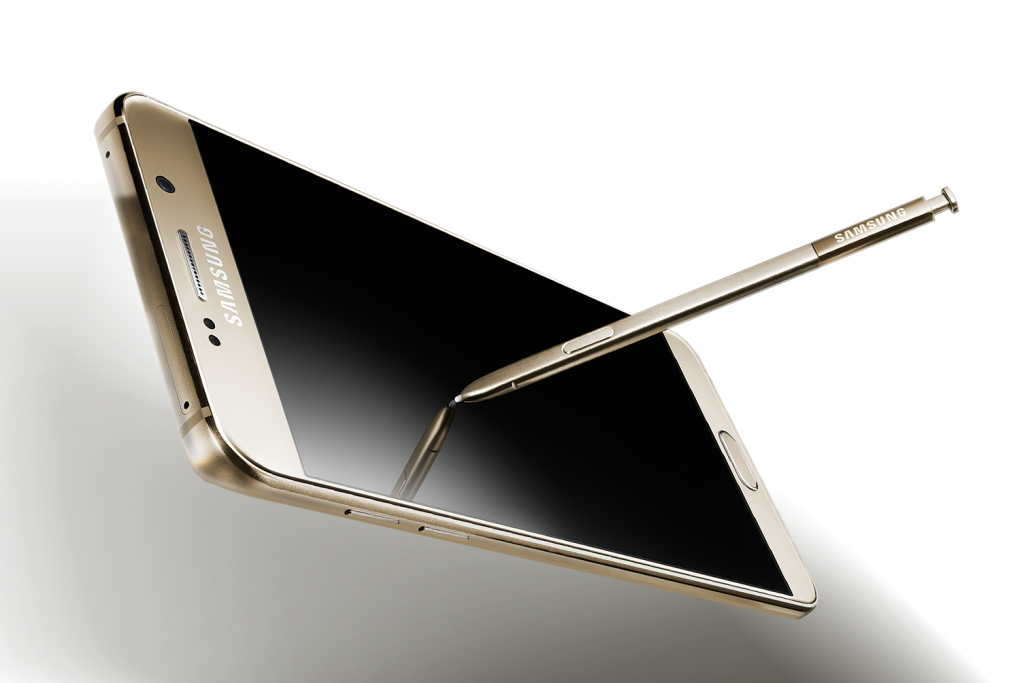 The display is able to produce crisp and vibrant colors, and this is due to the high resolution of the screen. The QHD display that is housed by the Galaxy Note 4 is able to support a resolution of 1400 x 2560 pixels. The display uses Super AMOLED technology to produce realistic colors. The pixel density of the display is at 515ppi. This high-resolution display consumes more power and, combined with a faster processor, the battery life is short. The display is protected by Gorilla glass for extra protection and extended durability.

The processor housed by the Galaxy Note 4 is 2.7GHz Qualcomm Snapdragon 805 chipset. It also contains the Adreno 420 GPU as its graphical processor. The Galaxy Note 4 also comes with 1.9GHz octa core Exynos 5433 processor. Both these processors perform well and are capable of executing tasks seamlessly.

The RAM supported by the Galaxy Note 4 is 3GB more than enough for multitasking.

The Galaxy Note 4 is able to pack a battery capacity of 3220mAh. This is especially important to power the display and the processor.

The phone is capable of supporting Android 4.4 Kit Kat or higher on this phone.

The internal storage of the phone is 32GB, which is essential when storing High definition media. With the use of micro SD slot, the capacity can be extended up to 64 GBs. 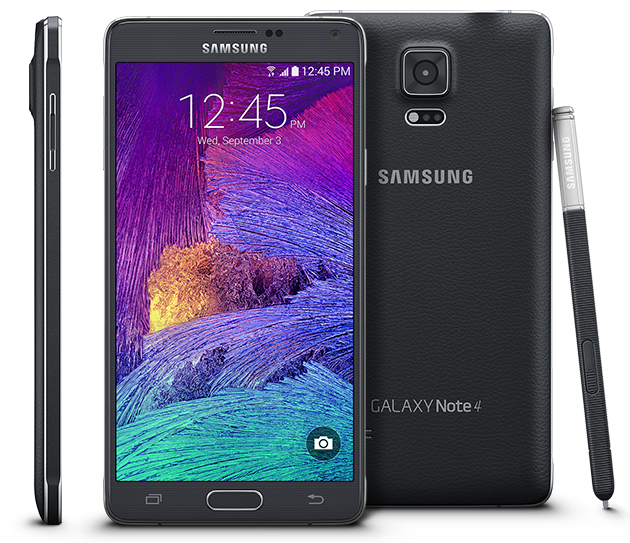 What is the difference between Galaxy Note 4 and Note 5?

Differences in the Specifications of  Galaxy Note 4 and Note 5

The internal storage has seen an improvement, but there is no micro SD slot; some consumers may find it disappointing.

Although the battery has seen a reduction in capacity, the fast charging capability has made up for the loss and also the size of the phone has been reduced at the same time which is a reasonable trade off.

The memory has been bumped up, but from a phone point of view this may not be significant.

The thickness of the phone has reduced to accommodate better handling.

Storage cannot be expanded with the Galaxy Note 5

The sensitivity and precision of the Galaxy Note 5 has increased which will make accuracy better.

The pixel density of the Galaxy Note 5 is better giving it better detail and sharpness.

The details captured by the front facing camera of the Galaxy Note 5 will be better.

The rear camera of the Galaxy Note 5 is able to support wider angle shots.

Although there have been a significant amount of upgrades to the phone, these are not game changing by any means. There are some issues like no expandable storage and non-removable battery which would not be a preferred by some users. This is the best ever note version developed so  far and the features that come with this smartphone could be well worth it at the end. 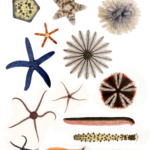 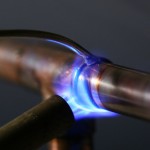 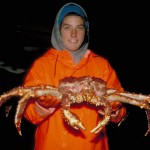