Samsung Galaxy S2 Skyrocket (Galaxy S II Skyrocket) is one of the first 4G LTE phone for AT&T, officially announced by AT&T 0n 31 October 2011. This new LTE variant of the Samsung Galaxy S II family enables users to connect to high speed LTE data networks, where the services are available. It will fall back to HSPA+ where there is no 4G LTE services.

The much speculated iphone 4S was released on October 4th 2011. The iPhone which has bench marked standards in the smart phone hemisphere has raised the expectation more. Will iPhone 4S deliver to that? Having one look at the device one can understand that the appearance of iPhone 4S remains similar to iPhone 4; the much raved predecessor. The device is available in both black and white. The glass and stainless steel built that most find appealing remains intact. The newly released iPhone 4S remains 4.5” of height and 2.31” of width the dimensions of iPhone 4S remains similar to its predecessor iPhone 4. The thickness of the device is 0.37” as well regardless of the improvement done to the camera. There for, iPhone 4S remains the same portable slim device everyone love. iPhone 4S weighs 140g. The slight increase of device is maybe due to the many new improvements that we will discuss later. iPhone 4S includes a 3.5” touch screen with 960 x 640 pixels resolution (329 PPI). The screen also includes the usual fingerprint resistant oleophobic coating. The display marketed by Apple as ‘retina display’ has a contrast ratio of 800:1. The device comes with sensors such as an accelerometer sensor for auto-rotate, three-axis gyro sensor, a proximity sensor for auto turn-off and an ambient light sensor.

iPhones are generally good on their battery life. Naturally, users will have higher expectations for this latest addition to the family. According to Apple, iPhone 4S will have up to 8 hours of continuous talk time with 3G on while on GSM only it will score a massive 14 hours. The device is rechargeable via USB as well. The standby time on iPhone 4S is up to 200 hours. In conclusion, the battery life is satisfactory on iPhone 4S. The preorder of iPhone 4S starts from 8 October 2011, and will be available in US, UK, Canada, Germany, France, Australia, and Japan from 14 October 2011. Worldwide availability starts from 28 October 2011. iPhone 4S is available for purchase in different variants. One will be able to get their hands on an iPhone 4S device starting from $199 to $399 on contract. The price without contract (unlocked) is Canadian $649/ Pounds 499/ A$799/ Euro 629. 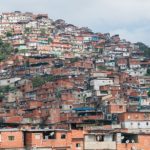 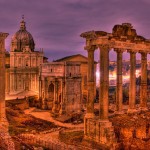