What is Gene Addition?

Gene addition is one of the most practical approaches in gene therapy. It is the process of inserting or simply adding a gene by non-homologous recombination. The adding gene may be an active copy of a defective innate gene. Gene addition technique requires a vector system. Viral or non-viral based vectors are successfully used for this scenario. Retroviruses are the most successful vectors that tested up to now for gene addition technique due to their adaptive nature for delivering genes into cells. 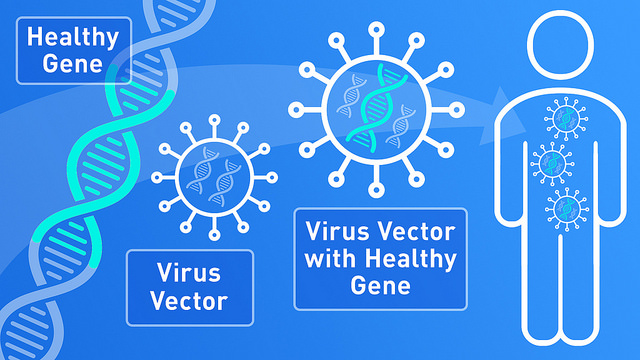 Moreover, with the comparison to gene replacement, gene addition is more successful. However, there are several advantages as well. One disadvantage is the disordered insertion of genes into the genome. Because of this, the inserted genes may be expressed erroneously or inappropriately.

What is Gene Replacement?

Gene replacement is a technique of replacing an endogenous gene at its original locus in the genome. It involves homologous recombination. Using gene replacement, it is able to delete a gene, remove exons, add a gene and introduce point mutations, etc.

Furthermore, gene replacement can be either permanent or conditional. Therefore, the creation of a vector is essential to this process as the vector should deliver the new gene into the exact location of the genome. Furthermore, the transformation is the basic technique that introduces the new gene into a host. More importantly, gene replacement is an alternative to transplantation of bone marrow or stem cells.

What are the Similarities Between Gene Addition and Gene Replacement?

What is the Difference Between Gene Addition and Gene Replacement? 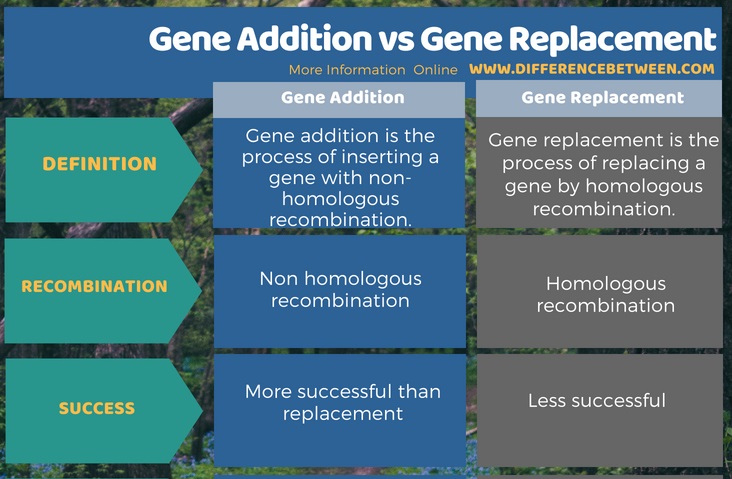 Difference Between Original and Mutated Sequences

Difference Between VNTR and STR

Difference Between In Situ Hybridization and Immunohistochemistry

Difference Between DNA and Paternity Testing 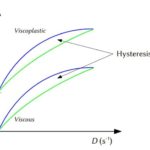