According to the definition by most of the biological dictionaries, gene is the molecular unit of characters. Genes determine the characters or traits of an organism, which are usually inherited from the parents or sometimes these are resulted from mutations. The basic structure of a gene in a DNA strand could be explained according to the description of the two scientists James Watson and Francis Crick in 1953, for which they won the Nobel Prize, as well. Each gene has a sequence of nucleotides, which is specific for each gene. A nucleotide is composed of a pentose sugar phosphate molecule and a nitrogenous base. Nitrogenous base is the most important part, and there are four of those known as Adenine, Thiamine, Guanine, and Cytosine. Three successive nucleotides make a codon, which is the sensitive type of information for the amino acids in protein synthesis. A gene is a part of a DNA or RNA molecule that provides codon sequences to synthesize proteins. Sometimes genes provide base sequences for RNA strands with some special functions in the cell. Therefore, it could be envisaged that genes are amongst the most important materials of life, as proteins and functional RNA entirely depend on nitrogenous base sequences in genes. The colours of someone’s skin or eye are traits, which are controlled by a gene or a set of genes. Only the visible traits could be understood as those being controlled by genes, but the number of genes regulating the internal biological traits in each organism would be almost uncountable.

Chromosome is an organized structure in cells containing a long, coiled, and single strand of DNA with some associated proteins. A chromosome is a long DNA strand or molecule that includes a number of genes, regulatory elements, and nucleotide sequences. The mentioned proteins are present in the body of the chromosome to package the long molecule and manage the functions. In simple terms, genes are individuals and chromosomes are families if a cell is considered as a village. Chromatin is the protein that is present in chromosomes, which is characteristic for the eukaryotes. However, the function of the nucleic acid is the same in both prokaryotes and eukaryotes; therefore, prokaryotic RNA strand is considered as chromosomes despite there is no chromatin. That means, the term chromosome is a loosely referred term, but the referring has been based on the function. Chromosomes are the structures that carry genes from one cell to another through cell division; thus, they must be replicated via mitosis. In addition, chromosomes carry genes from one generation to the other.

Difference Between Allele and Genotype 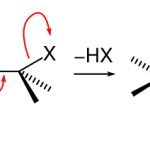 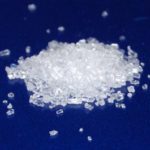