Gene Expression in Prokaryotes vs Eukaryotes

When the information of a gene is being converted into structural forms, the particular gene is said to be expressed. Gene expression is a process that makes biologically important molecules, and these are usually macromolecules. Genes are mostly expressed in the form of proteins, but RNA is also a product of this process. There could be no life form without the gene expression process being taking place.

Three major steps are there in gene expression known as the transcription, RNA processing, and translation. The post translations protein modification and non-coding RNA maturation are some of the other processes involved with gene expression. In the transcription step, nucleotide sequence of the gene in the DNA strand is transcribed into RNA after the DNA strand being dismantled with DNA helicase enzyme. The newly formed RNA strand (the mRNA) is reformed by removing the non-coding sequences and taking the nucleotide sequence of the gene to the ribosomes. There are specific tRNA (transfer RNA) molecules that recognize the relevant amino acids in the cytoplasm. After that, tRNA molecules are attached to the specific amino acids. In each tRNA molecule, there is a sequence of three nucleotides. A ribosome in the cytoplasm is attached to the mRNA strand, and the starting codon (the promoter) is identified. The tRNA molecules with the corresponding nucleotides for the mRNA sequence are moved into the large subunit of the ribosome. As the tRNA molecules come to the ribosome, the corresponding amino acid is bonded with the next amino acid in the sequence through a peptide bond. This peptide bonding continues until the last codon is read at the ribosome. Based on the sequence of amino acids in the protein chain, the shape and function varies for each protein molecule. This shape and function are results of the nucleotide sequence in the DNA molecule. Hence, it becomes clear that different genes code different proteins with variable shapes and functions.

What is the difference between Gene Expression in Prokaryotes and Eukaryotes?

• Since prokaryotes do not have a nuclear envelope, the ribosomes can start synthesizing the protein as the mRNA strand is formed. This is highly contrasting to the eukaryotic process, where the mRNA strand has to be transported into the cytoplasm for ribosomes to bond with that. Additionally, the number of main steps is two in prokaryotic gene expression, whereas there are three main steps in eukaryotic process.

• There are intron sequences in eukaryotic DNA so that the mRNA strand will also have those. Therefore, the RNA splicing has to take place before finalising the mRNA strand inside the nucleus in eukaryotes. However, there is no RNA processing step in prokaryotes due to the lack of introns in their genetic material.

• Possibility of contemporaneously expressing clustered genes (known as operons) is present in the prokaryotic process. However, only one is expressed at once in eukaryotes, and the subsequent mRNA strand is degraded after the expression, as well. 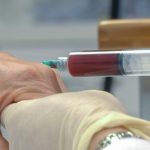