Although both genus and species are referred to state a particular animal or plant or any organism, there are differences between the two that anyone should know. In biological classification, the genus comes first followed by species, and the species is never stated alone. These two are the lowest considerable taxonomic levels, but rank above subspecies or breeds or types. However, many used to confuse the two terms, genus and species. Before understanding the difference between the two, it is important to know the meanings of genus and species, and this article follows that. A comparison is presented following the information about the two subjects.

Genus means type or descent in Latin or race in Greek. It is a lower taxonomic rank compared to family or subfamily. The genus level classifications are very valuable when the fossil studies are concerned, as the details of understanding the organisms up to species is not always possible. Two organisms from one genus might or might not produce an offspring with sexual fertility, but it is very certain that organisms from two different genera (plural of genus) can never produce a fertile offspring. Features or characteristics of organisms in the same genus are very similar, but there are enough differences to make it impossible to create offspring with sexual fertility. One genus could contain many species and few genera could belong to one family or subfamily. In biological nomenclature of organisms, the generic name or the genus comes first. In addition, it must be written using English letters and the word must be started with a capital letter and the rest in simple letters. Additionally, one English letter with a dot could be used to abbreviate a previously spelled out generic name in writing. However, there are many more rules to those stated here in indicating a scientific name according to the Nomenclature Codes.

Species is a group of organisms with similar features and the sexual reproduction between a male and a female of them produces a fertile offspring. All the organisms of one particular species possess the same number of chromosomes, which means, they have similar morphological features. Therefore, the ecological niches are more or less similar within each individual. Usually, a particular species has exclusive species-specific features that are not seen in other species. However, the ability to produce a fertile progeny is the basic rule that sorts organisms in one species above all those characteristics described about biological species. A species could be further divided into subspecies, but there is no much difference among subspecies. According to the taxonomy, there can be any number of species under one genus, which is indeed the ancestor of the species. When writing the genus and species, there is an accepted scientific way to follow; underlined separately in handwritten instances or italicized in typewritten occasions. The species name comes next to the genus in both handwritten and typewritten ways. However, there could be any number of breeds or subspecies inside one particular species. The species is the most important deviation that causes diversity of life, and it is not fair to ask any scientist about the number of species in the world as it is far beyond anyone’s guess. 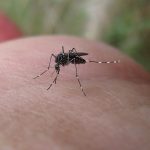 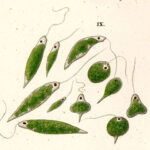 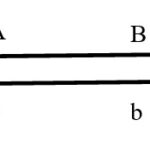