Mathematics has three main branches, named as Arithmetic, Algebra and Geometry. Geometry is the study about shapes, size and properties of spaces of a given number of dimensions. The great mathematician Euclid had made a huge contribution to the field geometry. Therefore, he is known as Father of Geometry. The term “Geometry” comes from Greek, in which, “Geo” means “Earth” and “metron” means “measure”. Geometry can be categorized as plane geometry, solid geometry, and spherical geometry. Plane geometry deals within two-dimensional geometric objects such as points, lines, curves and various plane figures such as circle, triangles and polygons. Solid geometry studies about three-dimensional objects: various polyhedrons such as spheres, cubes, prisms and pyramids. Spherical geometry deals with three-dimensional objects such as spherical triangles and spherical polygon. Geometry is used daily, almost everywhere and by everyone. Geometry can be found in physics, engineering, architecture and many more. Another way of categorizing geometry is Euclidian Geometry, the study about flat surfaces, and Riemannian geometry, in which the main topic is the study of curve surfaces.

Trigonometry can be considered as a branch of geometry. Trigonometry is first introduced at about 150BC by a Hellenistic mathematician, Hipparchus. He produced a trigonometric table using sine. Ancient societies used trigonometry as a navigation method in sailing. However, trigonometry was developed over many years. In modern mathematics, trigonometry plays a huge role.

Trigonometry is basically about studying properties of triangles, lengths, and angles. However, it is also deals with waves and oscillations. Trigonometry has many applications in both applied and pure mathematics and in many branches of science.

In trigonometry, we study about the relationships between the side lengths of a right angle triangle. There are six trigonometric relations. Three basic, named as Sine, Cosine, and Tangent, together with Secant, Cosecant, and Cotangent.

Then Cosecant, Secant and cotangent can be defined as the reciprocal of Sine, Cosine and Tangent respectively. There are many more trigonometry relationships built upon this basic concept. Trigonometry is not only a study about plane figures. It has a branch called spherical trigonometry, which studies about triangles in three-dimensional spaces. Spherical trigonometry is very useful in astronomy and navigation.

Difference Between Integration and Differentiation 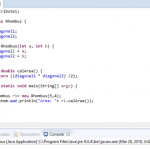 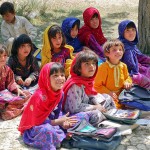