Being the most populated of all the dog breeds in the world, they are amongst the few most important ones. German shepherd and Alsatian are two different names referred to the same dog breed. Since it would be of no use to compare the same breed, the differences should be explored to see whether there are any. This article attempts to explore and discuss the interesting differences between the names, German shepherd and Alsatian.

It would be important to discuss some of their characteristics before dig into the differences. As the name indicates, the German Shepherd dogs (GSD) originated in Germany. There are other commonly referred names to GSD apart from Alsatian known as Berger Allemand, Deutscher Schäferhund, and Schäferhund. The German dog breeder Max Emil Friedrich von Stephanitz (1864 – 1936) developed this breed for the purposes of herding and guarding of sheep because of strength, intelligence, and obedience of GSDs. They are working dogs with a large body and a fearsome appearance. A well-built adult male has about 30 to 40 kilograms of weight, while a female weighs about 22 to 32 kilograms. They are about 60 – 65 centimetres in height and males are slightly taller than females. They have a long square cut muzzle with a black nose, and their ears are large and stand mostly erected. Their fur coat is long and has different colourations viz. red, tan, brown, black, tan & black, red & black… etc. However, black and tan varieties are popular and common. Because of their higher intelligence, armed forces keep GSDs for security purposes viz. bomb finding. They are extremely loyal to the owner family and mostly be friendly with children. GSDs are friendly towards strangers, which is an advantage to keep them as guard dogs. Their lifespan is generally 10 to 14 years, and they maintain a good higher personality throughout their lifetime.

After the world wars, especially the Second World War, anything associated with Germany was considered as an unpopular due to the anti-German sentiment. Therefore, the original name of this dog breed was changed by the UK Kennel Club into Alsatian Wolf Dog. Later, many kennel clubs also changed their registration names from German shepherd dogs to another name, which had no relation with the name German, neglecting their association. However, only the Alsatian name was popular and the Wolf Dog part was dropped. There is more history to consider about naming this extremely important dog breed, as the American kennel club used the name Shepherd Dog in 1917 and as a result, German shepherd dog club of America changed its name into Shepherd dog club of America. European countries used the name Alsatian after the world wars. However, in late 1970s, British kennel clubs and many others agreed to change the official name back into German shepherd but with Alsatian inside parenthesis. Presently, this breed is known as German Shepherd Dog in America, Australia and most of the other parts of the world but the name Alsatian is still valid in many countries.

As a concluding sentence, both German shepherd and Alsatian are two referred names for the same wonderful dog breed that has the highest population among all the dog breeds in the world. 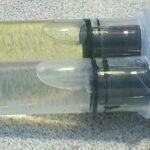 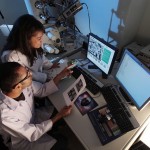 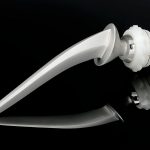