In English language, there are instances when verbs are used as parts of speech. These verbs are then called verbals. There are three kinds of verbals called Gerunds, Participles, and Infinitives. People remain confused between gerund and participle because of their similarities. Both are formed when ing is added to a verb. There is another similarity, and that is the fact that both gerund and particle indicate some action or state of being. However, there are differences between them that will be highlighted in this article.

• The singing parrot became the centre of attraction at the gathering.

• The wounded soldier showed the courage to guard the post overnight.

Though at first glance, singing and wounded appear to be simple verbs, and indeed they are, they also function as verbals. In this instance, both become adjectives describing the qualities or characteristics of the objects in these sentences. Thus, participles have the characteristics of both adjectives as well as verbs. In the above sentences, singing is a present participle whereas wounded is a past participle. The thing to remember is that ed is added to the verb to make a past participle, whereas ing is added to make the present participle.

Gerund is a word that is called a verbal and functions as a noun though it is a verb. This is achieved by adding ing to a verb. Take a look at the following examples to understand the function and purpose of a gerund.

• In some countries, drinking in public places is prohibited.

What is the difference between Gerund and Participle?

• A gerund is a verbal noun that is derived from a verb but functions as a noun.

• A participle is a verbal that functions as an adjective.

• Both are made by adding ing to verbs.

• Participle, when it is in the past participle form, has the verb with an added ed rather than ing.

Difference Between Past and Past Participle

Difference Between Had and Did

Difference Between Has Been and Had Been

Difference Between Have and Did 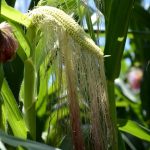