Gestational age and fetal age are the form of measurements used to determine the development of a fetus during pregnancy period. These terms are needed by doctors in order to confirm that the development of the fetus is perfect, and there won’t be any problem during childbirth. Normally these terms are expressed in weeks or days. Normally, fetal age is two weeks less than the gestational age. So that, determining one form of age would be enough to determine the other form.

When we calculate the gestational age, we assume that fertilization in humans typically occurs 14 days from the onset of last menstrual period. Because of the assumption we made, calculation of gestational age may not be accurate due to the variation of the normal ovulation date. More accurate calculation may need the knowledge of the date of intercourse and fertility signs related to ovulation, examination of the newborn infant and obstetric ultrasound test. Gestational age can be determined before or after child birth. Ultrasound scans are used to measure the size of baby’s head, abdomen, and thigh bone in order to determine the gestational age before birth.

The length of pregnancy from the time of conception is referred to as fetal age. This is the measurement that most embryologists use to describe fetal development and duration of pregnancy. The time of ovulation has the maximum probability to get pregnant as the released egg from an ovary is available very limited time (24 hours) for fertilization at this time. Therefore, knowledge of the signs of ovulation is important to determine the fetal age. Fetal age can be determined by measuring crown to rump length, and observing surface features such as hair follicles and eyelids of the fetus.

• Fetal age is about two weeks less than gestational age.

• Pregnancy is visible on ultrasound after 6 weeks of gestational age or after four weeks of fetal age.

• First fetal movement may feel after 20 weeks of gestational age or 18 weeks of fetal age.

• At the fetal age of 38 weeks or gestational age of 40 weeks, the delivery of a developed baby takes place.

Differences Between Histology and Cytology 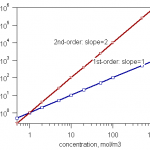 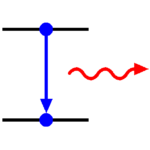