When we are dealing or rather communicating with other human beings, a lot of communication takes place through nonverbal means. Posturing and gesturing are two ways we communicate making use of our body instead of language. In fact, posture and gesture are two of the most important constituents of our body language that also includes our facial expressions and eye movements. This article attempts to highlight the differences between posture and gesture to enable readers to pick up the cues during public speaking.

Posture is a word that is used to refer to the way a person sits or stands. One can have a relaxed posture or he can have a posture that tells others that he is tense or feeling angry. The posture of a human being can be an important part of the way he communicates with his body. Our emotions make us adopt a posture that is unintentional and gives a cue to others about our feelings. The manner in which an individual positions his body while speaking to someone else often speaks a different set of words than what he actually speaks. However, the posture of a person mostly conveys his attitude and whether he is alert while talking with others or not. Whether a man is confident or nervous is palpable to everyone present with the help of his posture. One can tell a lot about the social standing of a person merely observing his posture. It also becomes clear whether he is submissive or confident.

Many people make use of their hands and other body parts to explain their words and sentences. For example, moving your hands whether trying to say bye or hello are gestures that are universal in nature and you instantly know that you are being greeted by the person. Someone making a V with his fingers is a gesture of victory while a person shrugging means he does not know a thing about what you are asking. You know when you are being called over by a person’s gesture with his fingers. Gestures are, therefore, movements of hands and other body parts to convey a meaning. Hello by way of thrusting one’s hands and goodbye by waving of hands are perhaps the most popular of gestures among human beings. In different cultures, there are unique signs and gestures that convey special meanings such as mudras or signs made using fingers in Hinduism and Buddhism.

What is the difference between Gesture and Posture?

• Gesture is a bodily movement whereas posture is a manner of standing and sitting.

• Hello and goodbye are the most easily identifiable gestures.

• Posture indicates whether the person is cool, relaxed, or tense.

• One can make a rude, timid, aggressive, or a confident posture.

Difference Between Motivation and Inspiration 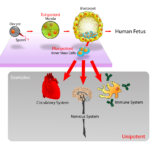 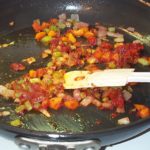 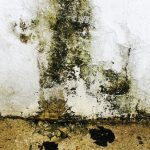