Before puberty almost all bones in the body growths in length, width, weight, and strength. After puberty, after the growth spurt, the growth slows down and stops around 24-26 years of age. The growing regions of long bones are called epiphysis. At puberty, due to the effect of sex hormones, epiphyses fuse. Only a few bones in the body grow after that. The molecular explanation for the phenomenon says that the growth is due to excessive secretion or effect of insulin like growth factor. Human growth is under the control of the pituitary hormones. The hypothalamus secretes a hormone called Growth Hormone Releasing Hormone. It acts on the anterior pituitary and triggers secretion of Growth Hormone. Growth hormone acts on the bone epiphysis triggering bone growth. Insulin like growth factor is a molecule formed in the body which acts on the bone epiphyses triggering rapid cell division and bone growth. According to these molecular relationships, three main mechanisms have been identified. Hypothalamus secreting excessive amounts of Growth Hormone Releasing Hormone, anterior pituitary secreting excessive amounts of Growth Hormone, and excessive production of insulin like growth factor binding protein that prolongs IGF action are the three widely accepted disease mechanisms. Most of the time, excessive growth is due to pituitary hyper-secretion of Growth Hormone. However, in some cases like McCune Albright Syndrome, Neurofibromatosis, Tuberous sclerosis, and Multiple Endocrine Neoplasia Type 1 may cause excessive growth, as well.

Both gigantism and acromegaly have somewhat similar presentations. Both conditions may feature headache due to pituitary hormones secreting tumors. Visual disturbances are common due to pituitary tumor pressing on the optic chiasm. Both conditions may cause excessive sweating, mild to moderate obesity and osteoarthritis. Both conditions need Growth Hormone Levels, CT brain, Serum Prolactin level, fasting Blood Sugar testing. Somatostatin in the anti-growth hormone and is very effective against Growth hormone excess. Dopamine agonists and surgery are other options.

Gigantism is the result if the disease mechanism starts in childhood. Gigantism is extremely rare; thus far, only 100 cases have been reported. Gigantism can start at any age before epiphyseal fusion at puberty. It features headache, visual disturbances, obesity, joint pain and excessive sweating. Mortality rates of gigantism during childhood are not known due to the small number of cases.

Acromegaly is the result if the disease mechanism starts after puberty. Acromegaly is commoner than gigantism. Acromegaly starts around 3rd decade. Acromegaly also has similar symptoms as gigantism, but they appear only later in life. Acromegaly has a mortality rate two to three times that of the general population.

What is the difference between Acromegaly and Gigantism?

• Acromegaly is commoner than gigantism. Gigantism is extremely rare. Thus far, only 100 cases have been reported.

• Mortality rates of gigantism during childhood are not known due to the small number of cases. Acromegaly has a mortality rate two to three times that of the general population.

• Gigantism can start at any age before epiphyseal fusion at puberty. Acromegaly starts around 3rd decade.

Difference Between Chickenpox and Hand Foot and Mouth

Difference Between Leukemia and Myeloma 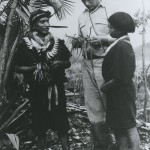 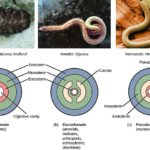