Nearly 77% of the freshwater of the world is accounted by ice sheets of which nearly 90% lies in Antarctica and the remaining 10% in ice caps of Greenland. Two words that are commonly used for huge snow masses are glaciers and iceberg. There are many people who remain confused between these two ice formations. These are people living in places far away from glaciers and icebergs who are not aware of the causes of formation of the iceberg and glacier, as well as differences in their structures. This article attempts to highlight the differences between a glacier and an iceberg.

A glacier is a huge body of ice that gets formed with continuous deposition of snow in such a manner that rate of formation is far greater than the rate of ablation. It is better to term a glacier as a river of ice flowing on a piece of land. However, unlike a river of water, one does not see ice flowing like water. Rather, a glacier is a permanent ice structure on a piece of land. Glacier is not a structure that gets formed during winters in a place and then melts away with change in weather. Formation of a glacier is a continuous process with new snow getting deposited every winter. Thus, glaciers are found over high mountain ranges. There are glaciers that recede somewhat because of melting of snow during summers though there are still some places in Antarctica and Greenland where temperatures are very cold, and the glaciers continue to grow.

Sometimes, huge lumps of ice get broken from a glacier or an ice shelf and float on ocean waters. These floating ice bodies are referred to as icebergs. Normally, only about 10% of the iceberg is visible above the sea while the remaining 90% remains invisible under the sea. If we go by the definition, it seems that icebergs are small pieces that break away from glaciers. However, some of the icebergs have been so large that they have been bigger than many small glaciers. Icebergs are seen floating in oceans under the effects of winds and ocean currents.

What is the difference between a Glacier and an Iceberg?

• Glacier is a frozen river of ice, a more or less permanent structure of ice on land. On the other hand, iceberg is a huge mass of ice that floats on ocean water.

• Icebergs cannot survive for long and eventually melt away. On the other hand, glaciers continue to grow in places where there are extreme cold temperatures.

• Usually, icebergs are much smaller than glaciers as they are formed when a glacier breaks at its boundaries and this piece collapses into ocean water. 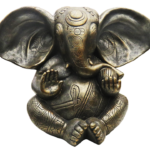