Golgi bodies are a kind of cell organelles important for the intracellular transport and secretion of molecules. They appear as membrane-bound sacs within the cytoplasm. It consists of a series of flattened membrane-enclosed disks known as cisternae. Dictyosome is a single cisterna. Thus, dictyosomes are collectively known as Golgi apparatus or the Golgi bodies.

What are Golgi Bodies?

Golgi bodies are a type of cell organelle present in eukaryotes, especially in the animal cell. They are present in the cytoplasm. They arrange themselves to form a Golgi apparatus. The Golgi bodies are membrane-bound organelles. Each Golgi body contains tightly packed flattened sacs known as cisternae, also termed as dictyosomes. These cisternae bud off from the endoplasmic reticulum, which is also a cellular organelle of eukaryotic cells.

Furthermore, the stack of cisternae has two compartments as cis compartment and trans compartment. The proteins entering the Golgi bodies undergo packaging in these compartments before being released as secretory vesicles into the cytosol. These compartments also carry out protein modification before they are released. Enzymes aid in this process of modifying the biomolecules. 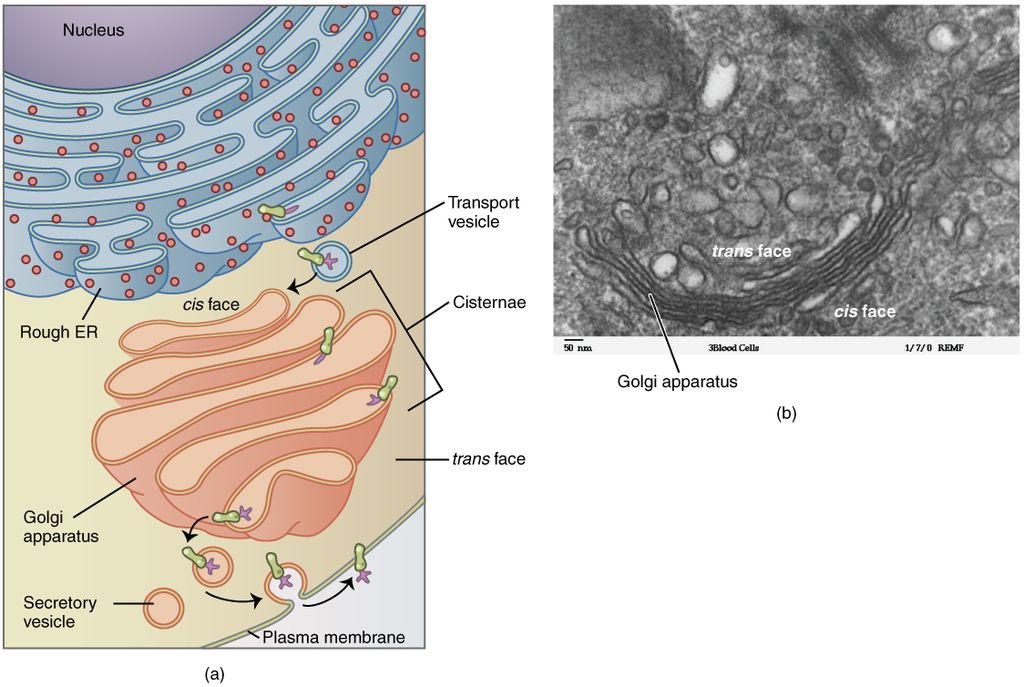 In addition to protein modification and packaging, Golgi bodies also transport lipids. They also aid in lysosome formation in animal cells. These lysosomes then participate in phagocytosis of cellular components. 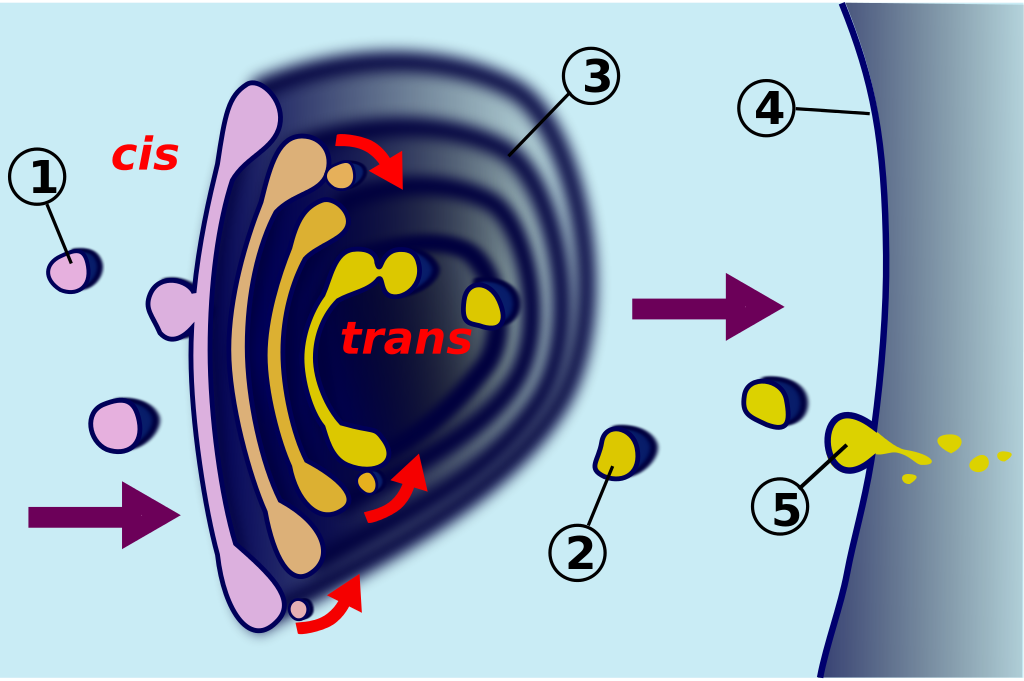 Dictyosomes are membrane-bound. They carry out the functions of storing, modifying, sorting and packaging of biomolecules into vesicles, especially proteins and lipids. The dictyosomes then transport the modified proteins or lipids to their relevant targets.

What are the Similarities Between Golgi Bodies and Dictyosomes?

What is the Difference Between Golgi Bodies and Dictyosomes?

Dictyosomes, also known as cisternae, are the building blocks of Golgi bodies. Meanwhile, we call a collection of cisternae or dictyosomes as a Golgi body. Golgi body is a cellular organelle of eukaryotic cells. Therefore, this is the key difference between Golgi bodies and dictyosomes.

The following infographic presents the difference between Golgi bodies and dictyosomes. 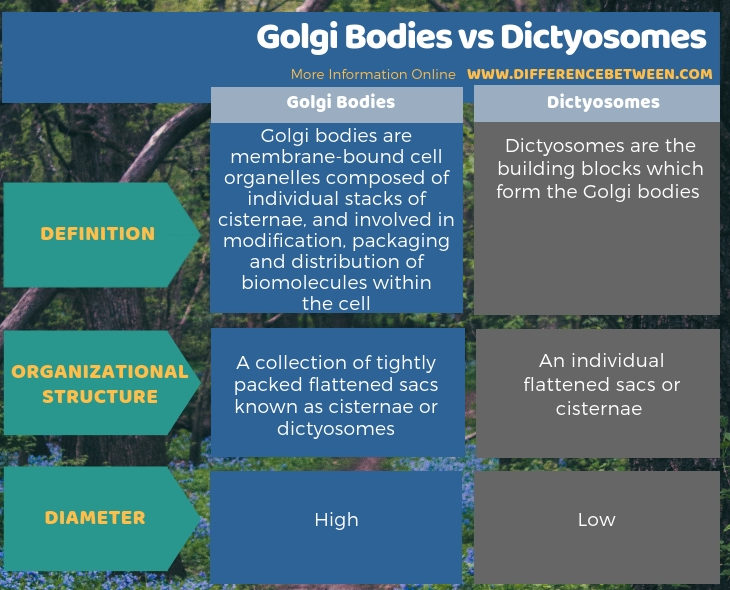 Difference Between Prophase and Metaphase 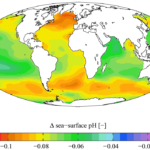