Google maps and Google Earth are two software applications developed by Google Inc. USA. They both are generated based on the satellite imagery and are used as virtual globe maps. Both products are similar in functionality, but many significant differences exist.

Both applications allow route finding and access to geographical details. In the map, each zoom level is created by combining to create a comprehensive image of the location. At each zoom level, corresponding images from a server is loaded and then displayed. Also, both applications include low resolution images, and in specific places more detailed view is provided (e.g. Times Square, NY). They also have street view, in which the observer can take the panoramic view from a certain point specified in the map.

Also, user generated content can be added to both the application. A user can mark allocation or add reviews, videos and pictures for a specific location.

Google Maps is a web based mapping application developed by Google, which serves a base for many maps based services such as Google Maps website, Google Ride Finder, Google maps transit, and embedding capability through Google Maps API.

Specifically Google Maps is a web based application and needs to be accessed through a website. Therefore, it can be used on any operating system with supporting browser. Google Maps was earlier limited to 2D view, except for some cities and street view. However, with WebGL technology a 3D version of the Google Maps was introduced.

Google Maps use a Mercator’s projection of the globe, and the transition from one place to another is not animated as a flyby.

Even though it is an installed software, an internet connection is required for the operation. It also offers maps of the moon, Mars and the Sky. Also, older versions of the maps of the Earth can be viewed through the Google Earth.

• Google Earth is a desktop application while Google Maps is a web application.

• Google Earth has to be installed on the computer and can only be accessed through that computer while Google Maps can be viewed through any web browser without any restriction of the OS or additional software.

• Google Earth uses fly-by when transitioning from one location to another.

• Google Earth has extra-terrestrial maps (Moon, Mars, and Sky), and Google Maps do not have this feature.

• Up to a certain level, both applications provide the same functionalities, but the tools used are different.

• Google Earth is advanced and has more features and tools for navigation.

Difference Between Static and Dynamic Testing

Difference Between Landscape and Portrait 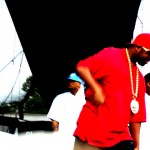