The operating systems in mobile computing platforms are constantly evolving with continuous major and minor upgrades. Minor upgrades more or less consists of security patches, bug fixes and minor features requests while major updates push the boundaries a little further. Sometimes major updates may carry a major overhaul of the operating system too, but that is less frequent. When it was indicated that Google was due for an Android upgrade, most of the Android enthusiasts thought it would be an overhaul to the operating system and it’ll move up the 4th generation tier. However that expectation was short lived for Google released an upgrade that is a major but not an overhaul still keeping it in the 4th generation. However the better part of this OS upgrade is the device that was released with it. We have been patiently anticipating an upgrade to the Nexus 7 that was released last year and this time, it’ll be sufficient to say that Google has released another high end tablet at a very affordable price point. What’s even better is that this device will be available at the end of this month so folks, you can take a bite out of it even sooner than you anticipated. So we thought of comparing the new version of the Nexus 7 with the old version to find out what Google decided to change.

To be precise, Google will keep calling this new device as Nexus 7 too, but for the purpose of clarity, we’ll identify it as New Nexus 7 (or Nexus 7 2). This was revealed in Android and Chrome event organized by Google on the 24th of July. There were a lot of rumors going on about the New Nexus 7, and it looks like most of them were true to some extent. It looks more or less like Nexus 7 with a slightly thinner chassis with almost the same length and a slightly reduced width. The manufacturer, Asus, has also managed to keep the weight surprisingly down, and Nexus 7 2 feels really light on your hand.

The New Nexus 7 is powered by 1.5GHz Krait quad core processor on top of Qualcomm Snapdragon S4 Pro chipset along with Adreno 320 GPU and 2GB of RAM. It runs on Android 4.3 Jelly Bean which was revealed with the New Nexus 7 tablet. One thing the rumors were wrong about was the size of the RAM which was said to be 4GB; but then most of the analysts claimed that 4GB would be an overkill. The internal storage can have two variants at 16 GB or 32 GB without the option to be upgraded using microSD card. Needless to say, this is a top of the line configuration and one of the best tablet configurations we can see in the market right now. In fact, if I may be so bold to call it the best 7 inch tablet in the market, I won’t be wrong for some time either.

The New Nexus 7 has an updated display panel of 7.0 inches LED backlit IPS LCD capacitive touchscreen featuring a resolution of 1920 x 1200 pixels at a pixel density of 323 ppi with a Corning Gorilla glass reinforcement for protection. As you can see, it is an IPS display panel that has vivid and natural color generation with wide viewing angles. Google also claims that this is the 7 inch tablet with the highest pixel density in the market and that is bound to be true. We certainly would enjoy this display panel immensely and there’s no doubt about it! Asus has also included dual optics in Nexus 7 2 with 5MP back camera with autofocus that can capture 1080p HD videos at 30 frames per second and 1.2MP camera on the front for video conferencing.

The New Nexus 7 will come in both Wi-Fi only model and 4G LTE model at different price levels, and it is a timely addition. Wi-Fi 802.11 a/b/g/n provides continuous connectivity with the ability to set up easily a hotspot of your own to share the superfast internet connection with your friends. Nexus 7 2 will only come in Black and has a sturdy but premium look even though it feels a bit plasticky. It has 3950mAh battery that may be able to last for around 9 hours of multimedia playback and moderate use according to Asus. The 16GB Wi-Fi model is offered at $229 which is slightly more expensive than the last price point, but still it’s the best price in the market without doubt.

Asus Google Nexus 7 is known as Nexus 7 in short. It is one of the Google’s very own product line; Nexus. Nexus 7 has a 7 inch LED backlit IPS LCD capacitive touchscreen that features a resolution of 1280 x 800 pixels at a pixel density of 216ppi. It is 120mm wide and 198.5mm in height. Asus has managed to make it thin as much as 10.5mm and rather light with a weight of 340g. The touchscreen is said to be made from Corning Gorilla Glass which means it would be highly scratch resistant.

Google has included a 1.3GHz quad-core processor on top of Nvidia Tegra 3 chipset with 1GB of RAM and ULP GeForce GPU. It is shipped with Android OS v4.2 Jelly Bean, but upgradeable to the latest version. Google states that Jelly Bean is specifically developed to enhance the performance of the quad core processors used in this device and hence we can expect a high end computing platform from this budget device. They have made it their mission to eliminate sluggish behavior and it seems the gaming experience is highly enhanced, as well. This slate comes with two storage options, 16 GB and 32 GB without the option to expand storage using microSD cards.

The network connectivity for this tablet is defined by Wi-Fi 802.11 a/b/g/n as well as 3G HSDPA connectivity which can be an advantage when you can’t find a Wi-Fi hotspot to connect. It also has NFC and Google Wallet, as well. The slate has 1.2MP front camera that can capture 720p videos and can be used for video conferencing. It basically comes in Black and the texture on the back cover is developed specifically to enhance the grip. Another attractive feature is the introduction of enhanced voice commands with Jelly Bean. This means Nexus 7 will host a Siri like personal assistant system which can answer your question promptly. Asus has included a 4325mAh battery that is guaranteed to last for 8 hours and that would give it enough juice for any general use.

A Brief Comparison Between Google New Nexus 7 and Nexus 7

The conclusion here is fairly simple to understand as a successor is conventionally better than the predecessor. Therein we can establish that the New Nexus 7 will be better than the Nexus 7. If you ask me how, well first off, Nexus 7 2 has a better IPS display panel that closes the deal in itself; but nonetheless, it has a better processor, GPU and a bulky RAM. It also has better optics and 4G LTE connectivity if that’s your cup of tea. The operating system upgrade is not going to be a problem given Google will release the OTA updates immediately to vanilla Android devices which include Nexus 7. However, there is a small price bump of $30 for each of the new version of Nexus 7 but trust me, the extra $30 totally worth it. In fact, Asus Google New Nexus 7 is still the best bang for your buck and wouldn’t really dig a big hole in your pocket. So as far as we are concerned, we see no reason for you to choose Nexus 7 over Nexus 7 2.

Difference Between HP Slate 7 and Nexus 7 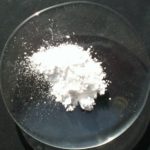 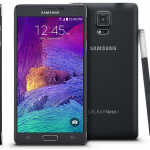