Gravity and gravitational force are two concepts that occur when objects with masses are placed in a finite distance from one another. Gravitational force along with electromagnetic force, weak nuclear force, and strong nuclear force build the four fundamental forces of the universe. The collaboration of these four forces is known as the Grand Unified Theory or GUT. The laws of gravitation are very important when it comes to the study of the nature. It plays a vital role in fields such as physics, astrophysics and cosmology. In this article, we are going to discuss what gravity and gravitational force are, and their definitions, similarities, and differences.

Sir Isaac Newton was the first person to formulate gravity. But before him, Johannes Kepler and Galileo Galilei laid out the foundation for him to formulate the gravity. The famous equation F = G M1 M2 / r2 gives the strength of the gravitational force, where M1 and M2 are point objects and r is the displacement between the two objects. In real life applications, they can be normal objects of any dimension and r is the displacement between the centers of gravity of the objects. The gravitational force is considered as an action at distance. This gives rise to the problem of time gap between interactions. This can be omitted using the gravitational field concept.

Difference Between Centripetal and Centrifugal Force

Difference Between Center of Gravity and Center of Mass 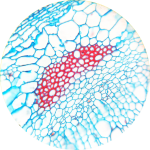 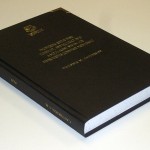