Some of you may wonder if there is a difference between greed and envy. There certainly is. Now, greed and envy can be considered as two of the seven deadly sins. Greed refers to an excessive desire for power, wealth and food. A person who is filled with greed would prefer to keep all his belongings to himself without sharing. Envy, on the other hand, refers to the desire to be in another person’s situationn terms of wealth, power, success, etc. Such a person feels not only jealousy of another but has a strong desire to own what belongs to another. This article attempts to present an elaborative description of the two terms while highlighting the differences between greed and envy.

What does Greed mean?

Greed can be defined as an excessive form of desire for a variety of possessions such as wealth, power, and even food. This is also referred to as avarice. Such a person would refrain from sharing his wealth and belongings with others and would only attempt to accumulate more wealth to increase his possessions. Look at the following example.

His greed for material gain ultimately led him to a life of misery.

The example above highlights that greed refers to excessive desire for material gain, which has led the person to live in misery. This is because he does not prefer to share his wealth but to lead a life of isolation treasuring his possessions. A person who is greedy for power or wealth may even resort to violence as a means of safeguarding his wealth or as a means of increasing it. Even though greed to an excessive amount can be detrimental to the person, to a considerable level it can be positive as it allows the person to prosper and maximize his or her success. 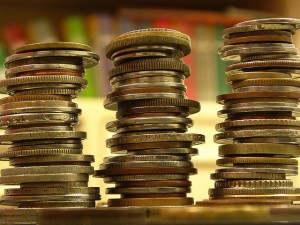 What does Envy mean?

Envy can be defined as an extreme desire for the belongings or success of another. Envy is quite similar to jealousy as both highlight a sense of resentment of another’s possessions, however, unlike jealousy, envy takes it a step further with an intense desire for another’s belonging s. For example, look at the following sentence.

Clara was envious of her friend’s absolute beauty.

This suggests that Clara was experiencing strong feelings of envy about her friend as she wanted to be just as beautiful.

When an individual is forever envious of the success of another, the possessions of another or even of the appearance and traits of another, this leads the individual to lead a life of resentment and discontentment. This is as a result of the comparisons that a person would engage in at all times in his or her life. This creates a condition where the person suffers from some flaw or the other in comparison to others. In this sense, envy can be a very negative emotion, which harms the individual.

What is the difference between Greed and Envy?

• Greed can be defined as an excessive form of desire for a variety of possessions such as wealth, power and even food.

• Envy can be defined as an extreme desire for the belongings or success of another.