The difference between Greek yogurt and regular yogurt is not much. Nevertheless, it is important to know the difference between them and what makes these two kinds different when different recipes call for different ingredients. Both the yogurts are made by fermenting milk with live bacterial culture. However, there is some difference in the process of making these yogurts, which will be explained in this article.

While everyone knows the health benefits and nutritional values of regular yogurt, there are many who are put off by its distinct flavor and sour taste. Many who are recommended by their doctors to consume regular yogurt, to have their extra dose of calcium consider it a punishment in sharp contrast to those who find it yummy and savor the flavor. Fortunately, for these people, the Greek yogurt is a good alternative. This article is for those people, who have heard about it, but not so sure about what it is and how it is different from regular yogurt.

What is Regular Yogurt? 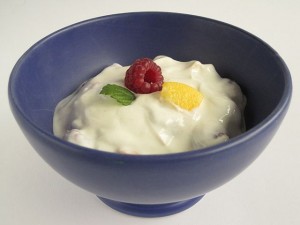 What is Greek Yogurt?

Greek yogurt is also made by fermenting milk with live bacterial culture. But here, the excess liquid, which is a characteristic of regular yogurt, is strained out while making Greek yogurt. This is done by straining Greek yogurt three times. This makes the yogurt thicker with greater consistency and gives it an appearance of almost a dessert that is delicious if you have it with fruits. To be fair, Greek yogurt has a consistency that places it between yogurt and cheese, and there are people who say that it tastes yummy. Greek yogurt has become very popular of late, and there are scores of American companies producing Greek yogurt today. Greek yogurt has the added advantage of liquid whey being strained out and that makes it very low in carbohydrates. Because of the straining procedure, the yogurt becomes thicker and has less of fat as most of the water containing salts and sugars get removed. Nutritionists say that Greek yogurt has twice as much protein than regular yogurt but considerably less carbohydrates, sugar, and sodium than regular yogurt. 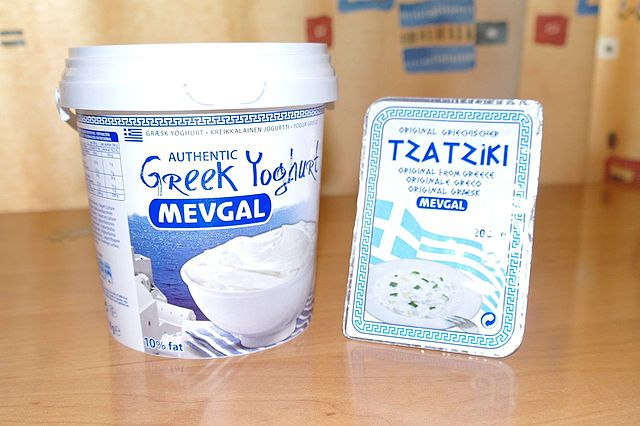 Some environmentalists are concerned with the leftover liquid whey. Factories producing Greek yogurt usually give it to farmers to either use it as an animal feed or as a fertilizer, but of late there have been endeavors to turn this waste into energy to power factories.

What is the difference between Greek Yogurt and Regular Yogurt?

• Greek yogurt is so called because of the marketing of a Greek company called Fage.

• It must be mentioned though, that both regular, as well as Greek yogurt, is exceptionally good for our health. Both are rich sources of calcium, are full of protein, help in digestion with live, beneficial bacteria, and are low in calories. But being concentrated, it is natural for one to get some extra grams of protein per serving as compared to regular yogurt. That is to say, Greek yogurt is lower in fat than regular yogurt and has twice as much protein than regular yogurt.

• The sour taste of regular yogurt is gone in Greek yogurt and is thus preferred by a majority of people though it is expensive than regular yogurt.

Difference Between Yogurt and Curd

Difference Between Kefir and Yogurt