A staple in Greek cuisine, olives are the fruit of the olive tree scientifically named Olea europaea belonging to the family Oleaceae native to the Mediterranean, Northern Iran, Northern Iraq and northern Saudi Arabia. While the olive branch was a symbol for peace, the olive fruit in itself was considered a symbol of wealth and prosperity. It is said that the edible olive has been cultivated for at least 5000 – 6000 years of which evidence had been found in countries such as palatine, Crete and Syria. Olive oil derived from the olive fruit has long been considered as sacred, and the olive fruit is used widely in various kinds of cuisine. Possessing a good wealth of Vitamin E, olives are also considered possessing a number of common phenolic compounds that are conducive to the human body. However, when shopping for olives, one cannot help but notice that olives are made available in two different colours; black and green. What is the difference between the two olives?

What is a Black Olive?

Black olive is the fruit of the Olea europaea picked when the fruit has fully ripened on the tree in its full maturity. Usually picked during the middle of November to the end of January or early February, black olives come in a variety of colours from purple, brown to black. Black olives are known to contain 117 mg/100 g of polyphenol, as well as plenty of anthocyanins. Brined and prepared for consumption in order to lessen their bitterness, black olives are featured as a main ingredient in many dishes. Black olives, used in a variety of pizzas and salads, are ideal to be baked into breads, tossed in pastas or for rubbing/crumbling meats.

What is a Green Olive?

The green olive, coming from the same tree as the black olive, is plucked when they have obtained their full size before the ripening process has started. They are usually harvested at the end of September to about the middle of November. Available in shades of green and yellow, green olives possess 161 mg/100 g of polyphenol contents, mainly tyrosols, flavonols, phenolic acids and flavones. As they are picked well before ripening, they need to be paid extra attention to when being prepared for consumption. This is usually done by being packed in salt, pickled, soaked in oil or lye after which they are fermented in brine for about 6 to 12 months and are usually stuffed with peppers, garlic or cheeses, onions, pimientos, anchovies or  jalapenos to improve their taste. Green olives are often used as snacks or appetizers due to their unique flavour.

What is the difference between Black and Green Olives?

While both green and black olives grow on the same tree, apart from their very obvious difference in colour, several other factors too set them apart.

• In order to prepare green olives for consumption, they need to be cured in lye before being fermented in brine. Black olives undergo milder processing in only being pickled in brine.

• Green olives are usually pitted and filled with various stuffing to enhance their flavour, whereas black olives are less likely to be stuffed.

• Black olives contain more olive oil than green olive. This is because the excessive time being fermented in brine and lye tends to dry out the green olives, leaving their lesser processed counterpart with more richness within.

Difference Between Roma and Truss Tomatoes

Difference Between Parsley and Coriander 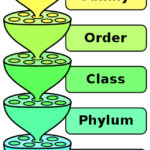 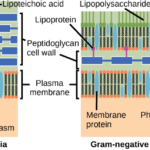 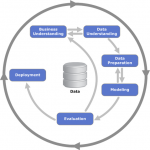