Pictures of both greyhound and whippets may not enable to identify who is who as these two dog breeds resemble each other very closely. In fact, whippets were once greyhounds but later disregarded due to the incompatibility of hunting with the small size. Apart from the size, there are some other important characteristics to identify greyhounds and whippets apart.

Greyhound is also known as the English greyhound, which is a breed of sight hound. Greyhounds were believed to be descended from ancient Egyptian or Persian dog breeds, but the modern DNA analyses have rejected those suppositions. They are tall and slim in general appearance, but the deep chest, distinctively small waist, powerful and extra-long limbs, and the flexible backbone like a bow are the most important features about greyhounds. Usually the male greyhounds are taller and heavier than the female greyhounds. The standard heights at withers are 68 – 71 centimetres and 71 – 76 centimetres in females and males respectively. Despite their heights give a picture of tall dogs, greyhounds are not heavy, but the maximum standard weight is 40 kilograms for a male. The ability to bend their backbone like a bow enables them to stretch themselves for a large stride, which is accompanied with a powerful and long pair of legs. Therefore, greyhounds are able to run as fast as 70 kilometres per hour (20 metres per second); it is incredible to know that this speed is reached within six strides. They have a large heart that pumps a lot of blood into the organs so that these dogs keep their agility at a high level. Despite their athleticism, greyhounds are not aggressive but very friendly with the owner as well as with others. They are available in any colouration and can live about 10 – 15 years.

Whippet is a medium-sized sight hound dog breed originated in England, and they are known as both English whippet and snap dog. Their bloodline traces back through the English greyhound and the present-day whippet highly resemble the greyhounds. In fact, whippets were a particular line of greyhounds with small bodies, and they have been disregarded for hunting due to the small size. However, kennel clubs started to treat these dogs as a separate breed around 1890 including The Kennel Club and the American Kennel Club. Whippets’ height at withers range from 47 to 51 centimetres in males and 44 – 47 centimetres in females as per the internationally accepted standards, but the North American standards allow them to be 57 centimetres in males and 55 centimetres in females. They range around 6.8 – 14 kilograms in weight. The whippets are available in many colourations viz. solid black, brindle, fawn, white, red, sable, and tan; but all the colours come with shite markings. They feature as the fastest sprinters of their weight category with the maximum speed of 35 kilometres per hour. Whippets have a quiet and gentle temperament but not very sociable. They prefer to rest alone for long periods, generally good with owners, but do not go well outside the usual environment. They are blessed with a long lifespan that is more than 12 years up to 15 years usually.

• Greyhound is larger and heavier than whippets.

• The maximum running speeds of greyhound is almost as twice as in whippets.

• Any colouration is accepted for greyhounds, but there are certain accepted colourations for whippets.

Difference Between Boa and Python 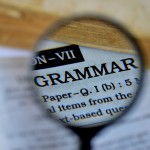